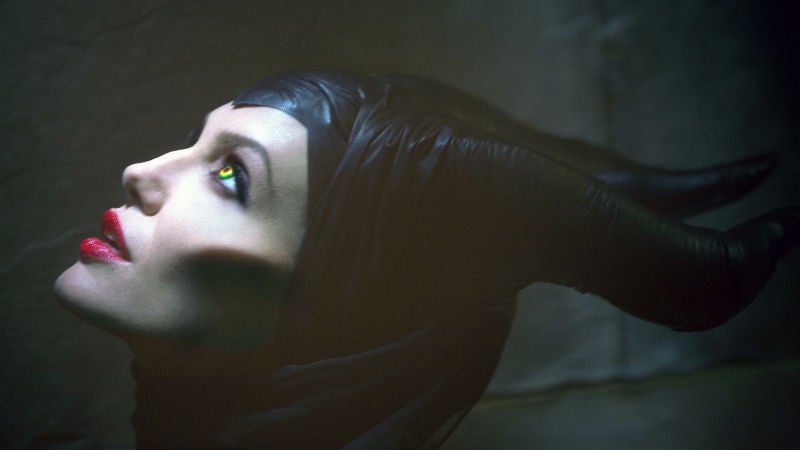 This image released by Disney Enterprises, Inc., shows actress Angelina Jolie in the title role of “Maleficent,” the villian from the 1959 classic “Sleeping Beauty.” AP

Production has begun on the sequel to smash hit “Maleficent,” Disney announced Tuesday, with Elle Fanning and Angelina Jolie reprising their roles as Sleeping Beauty and her conflicted surrogate mother.

The movie is being filmed at Pinewood Studios, near London and in locations around Britain, the world’s largest movie studio said in a statement.

“It’s bring your mom to work day on the Maleficent2 set,” 20-year-old Fanning (“Trumbo,” “The Beguiled”) joked in an Instagram post that had been shared a quarter of a million times within an hour.

Alongside the message, she posted a picture of her in front of a laughing Jolie, who was in the famous “Maleficent” horns, as well as a pair of sunglasses and a toweling bathrobe.

“Maleficent,” a modern retelling of the life of Sleeping Beauty’s arch-nemesis, cast an instant spell on audiences in 2014, debuting at the top of the North American box office and going on to gross more than $750 million worldwide.

Disney also confirmed that acclaimed British stage and screen actor Robert Lindsay (“Wimbledon”) would be among the newcomers, while Sam Riley, Imelda Staunton, Juno Temple and Lesley Manville return from the original movie.

In the sequel, directed by Joachim Ronning (“Pirates of the Caribbean: Dead Men Tell No Tales”), Disney’s most notorious villain continues to explore her complex relationship with Princess Aurora, the soon to be queen, as they form alliances against new adversaries.

Fan reaction on social media was mostly positive, with much of the excitement being generated over the addition of screen legend Pfeiffer, 60, to the cast.

Disney began scouring its back catalog in the 1990s for animated classics that it could turn into live-action remakes — a strategy that has so far netted several billion dollars.

Tim Burton’s “Dumbo,” Guy Ritchie’s “Aladdin” and Jon Favreau’s “The Lion King” are all due for release next year, while “The Little Mermaid” will see Lin-Manuel Miranda of “Hamilton” fame collaborating with legendary Disney composer Alan Menken.

Two remakes of “Peter Pan” are in the works along with new versions of “Fantasia,” “Pinocchio,” “Snow White and the Seven Dwarfs” and “The Sword in the Stone.” NVG