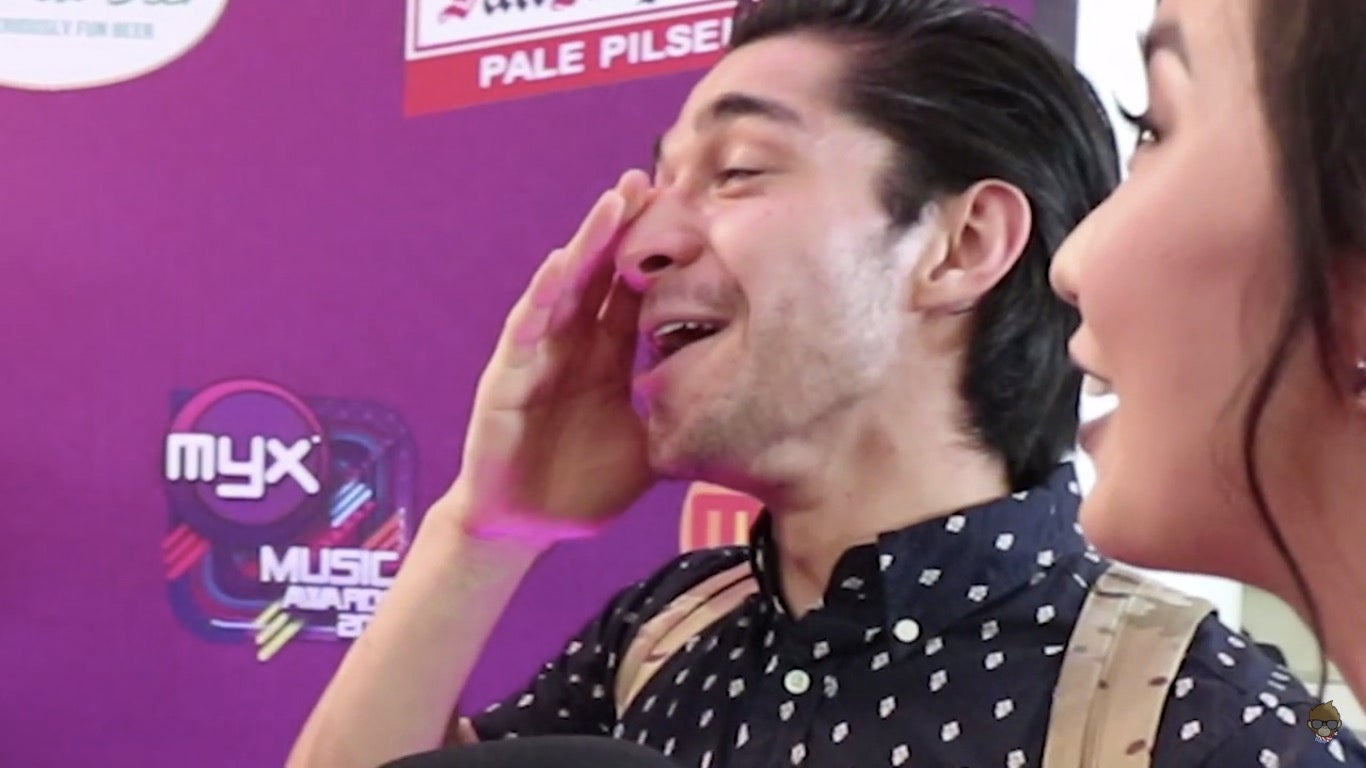 Wil Dasovich had one of his most awkward moments when he first met former Myx DJ Iya Villania at the 2018 Mix Awards.

Dasovich and Alodia Gosiengfiao were running late for their presenter gig at the 2018 Mix Awards on May 14 when they encountered Villania at the red carpet. His latest vlog, posted on May 28, documented the awkward exchange between him and Villania.

Text on the video explained how Dasovich admired Villania’s husband, Drew Arellano, for his work as a travel host. Unfortunately, nervousness got the better of him and his self-introduction missed a crucial word.

Instead of saying “…to be ‘like’ your husband,” Dasovich blurted out “My dream, from before, was to be your husband.” Villania guffawed at Dasovich’s straight-faced statement. Luis Manzano could only say “Wow” and beside him, Nikki Gil’s jaw just dropped. Meanwhile, Gosengfiao, Dasovich’s current girlfriend, couldn’t believe what she just heard.

After everyone had a good laugh at Dasovich’s expense, he tried to salvage the embarrassing situation by going through the introduction speech he had in mind again. He tried to explain how he admired Arellano for his approach to travel hosting and wanted to be like him, maybe even become “the next Drew.”

The short exchange ended with Gosiengfiao giving Dasovich a nasty look as Villania went off with her fellow former Myx DJs.

With their job as presenters done with, time came for Dasovich to deal with the aftermath. In an Instagram post, dated May 29, Dasovich said he took Gosiengfiao out for sushi as an act of apology for his embarrassing blunder.  /ra