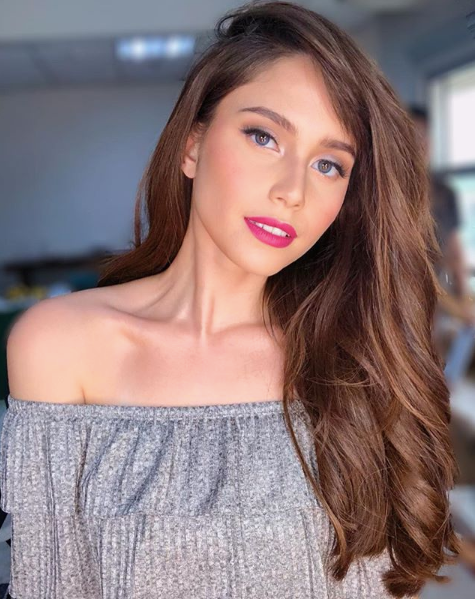 Jessy Mendiola has been openly sharing her fitness journey, and her latest post reveals that she’s been working hard on her abs.

(You know what, don’t be shy. I love you anyway. Please show yourself, promise I’m not mad. – me to my abs.)

Mendiola has been training with celebrity coach Kat Geronimo-Garcia, whose clients include Anne Curtis and Kathryn Bernardo. She also said that her workout involved bands and the kettlebell.

While several fans complimented her fit figure, there were still doubters.

“Bakit (Why is it) distorted hay naku (oh my) let’s love ourselves,” commented one @manalllopez.

“Ok lang? Kakahiya naman sayo (Is that ok? It’s such a shame to you),” she said cheekily.

With no reply yet from the commenter, she took time to answer questions on her fitness routine. She said that she still eats rice and that she even had to gain back weight to keep the cuts in her body muscle.

When one netizen, @mcleminson34, said it would take months of starving to attain her body, Mendiola gave encouraging words.

“Worked hard for a year. Don’t pressure yourself too much, slow progress is still progress. If you’re going to do starvation you’re putting your health at risk,” she advised.

Last December, Mendiola bared a more toned figure in a bikini. She revealed in March that her self-esteem dropped after she was bashed for being named the “sexiest” woman for a men’s magazine, leading her to neglect her fitness and gain more weight.  /ra

Jessy Mendiola reveals depression, turning down roles due to body-shaming after ‘sexiest’ title