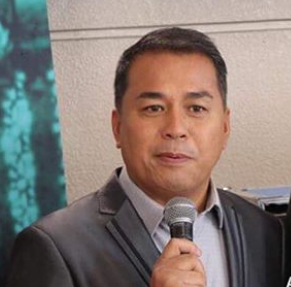 It is no secret that next to men in uniform, media people performing their duty amidst flying bullets face death anytime. Stories of journalists being kidnapped by rebels and extremist groups have been common time and again and “Ang Misyon: Marawi Siege Story” director Cesar Soriano is no exception.

Currently a Radyo Inquirer 990 AM news anchor and an occasional film producer and director, Soriano was formerly a television reporter for ABS-CBN during the early ‘90s. He was batchmates with such big names currently in the media industry including Gus Abelgas, Henry Omaga-Diaz and Pia Hontiveros.

Hailing from Zamboanga, he was often assigned to cover stories such as kidnapping and terrorist encounters in Mindanao.

One particular assignment really exposed his life in total danger.

As a young reporter, he wanted to please his bosses and get to the core of stories at all costs. On the ground, he and his team were strictly instructed by the military to stay put as inching further into the post assures an encounter with the Abu Sayyaf.

With a bold heart and duty first in mind, his team went off and faced the consequences. More so, even a media affiliation could not excuse a captive from an enemy’s hurling tortures.

However, he was able to use his affiliation to turn things around. He baited the bandits that their aim of televising their terrorism will be of no avail if they don’t set them free. Hence, they were freed.