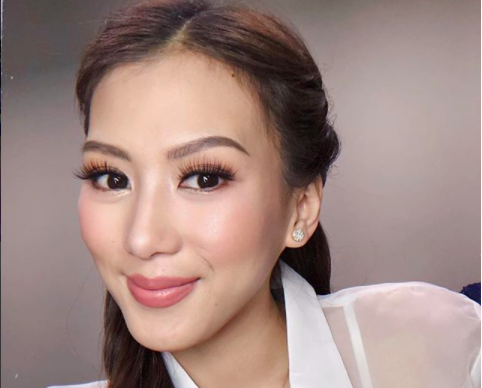 Actress and singer Alex Gonzaga has been enjoying her Japan trip lately with mother Crisanta “Pinty” Gonzaga. The mother and daughter pair have been marveling at the eats and sights of Japan since April, with them taking a trip to the famous Universal Studios in Osaka, turning into Hogwarts witches for a day.

Gonzaga took to her Instagram again on May 19 to share a photo of her with mom Pinty, both of them standing in the rainy streets of Osaka as they held up umbrellas and posed for the camera. “Ang sabi nga nila: Japan, Japan sagot sa kahirapan!” wrote the comical Gonzaga. (Like they say: Japan, Japan, the answer to poverty.)

It seems, however, that some netizens didn’t find Gonzaga’s remark funny, as they thought she was poking fun at overseas Filipino workers.

One netizen, Glysa, commented on Gonzaga’s photo, writing, “I guess you need to rephrase your words here. I don’t get this joke. You have many kababayan (countrymen) here too, I guess it’s [a] good idea you feature [the] life of Filipinos here so you have a bit of emphatic side.”

Another one, Diana, wrote, “I 100 percent agree with this. There are ACTUAL funny jokes and jokes made up from total ignorance. Can mommy Pinty teach her daughter not to be so taklesa (tactless) and act appropriately? Papansin na kasi kung minsan. OA pa. (Asking for attention, sometimes. Overacting, too.)”

Gonzaga, however, took to her comments section to defend herself and apologize.

“Sorry if that’s how you feel but I’ve been hearing that phrase ever since I was young,” wrote Gonzaga. “Most of the time, Filipinos move overseas to have better opportunities. It’s how you interpret that phrase and the joke is kunwari (we’re pretending) we’re moving to Japan na with mommy Pinty. Hehe.”

Meanwhile, some of her followers came to Gonzaga’s defense, saying there was nothing offensive with what she said.

“It’s just a joke. I work in Japan too, it doesn’t bother me. My friends and I went to Japan dahil sa hirap sa Pinas (because it’s so hard in the Philippines). I think Cathy’s caption didn’t mention negative word about people who work in Japan,” wrote a certain Noki. “Kayo lang naman ang naging nega eh. Chill lang, god bless. (It’s only you who are being negative. Just chill, God bless.)”

Gonzaga is popular for her funny antics and wackiness on social media and real life, and her non-filter approach to things has people commending her for her authenticity and being down-to-earth. But while she defended that her joke was not made out of malice, it just did not sit well with some this time around.

Joking she may have been, it didn’t miss some netizens that her joke held a grain of truth, one that seemingly removes the filter of rose-tinted glasses and gives light to a plight that’s harrowing and real just the same. JB

LOOK: Alex Gonzaga turns into a Hogwartian in Japan