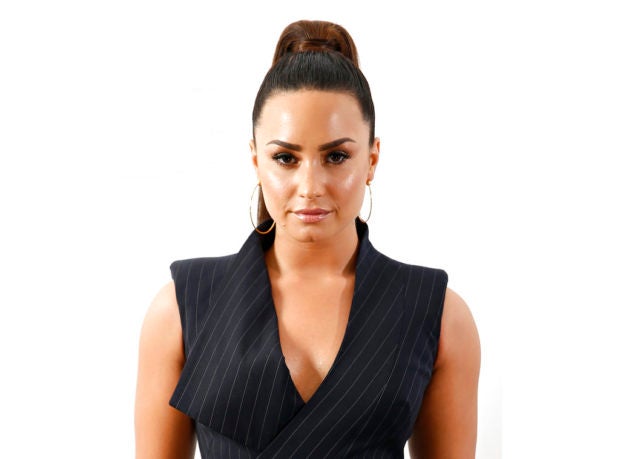 FILE – In this Sept. 6, 2017 file photo, Demi Lovato poses for a portrait to promote her new album, “Tell Me You Love Me”, in New York. Lovato, who lives with a bipolar disorder and is a mental health advocate, has been hosting wellness sessions for a few hundred fans before her performances. (Photo by Brian Ach/Invision/AP, File)

NEWARK, New Jersey — On Demi Lovato’s latest U.S. tour, she opened each show with “You Don’t Do It For Me Anymore,” an ode to shaking her addiction to substance abuse.

But while the song is inspiring, it’s what happened before the show that seemed to matter most to her.

Lovato, who says that she “thrives” with bipolar disorder, held what can be described as one-hour therapy sessions for a few hundred fans before she taking the stage.

“It’s something that I’m passionate about, mental health, and raising the awareness and taking away the stigma away from it. So, if I can do that on tour then awesome,” Lovato said in an interview with The Associated Press.

Lovato has been a mental health advocate for several years and worked with a pharmaceutical-sponsored awareness campaign at one time. For her U.S. tour, she partnered with CAST Centers , wellness clinics that treat mental health and substance abuse issues (the sessions are not a part of her European tour that kicks off later this month). Lovato became a co-owner after being treated there in 2011.

Before a recent show in Newark, New Jersey, Lovato spoke about her struggles, which besides bipolar disorder have included alcoholism, drug addiction, and eating disorders.

“My life has gotten a lot easier as I’ve continued to have more and more sobriety under my belt. And you know, for me it’s just about asking for help when I need it. And I think that’s the key to getting the help that you need is not being afraid to ask people when you need some assistance or support,” Lovato said.

The sessions were free to those who purchase tickets to the concert but spots were limited. Lovato attended them, but was not the focus.

In Newark, 18-year old Ashley Hill was near the front of the line. She said she waited for hours but was satisfied.
“I’ve been in therapy for a couple of years. I just wanted to be a part of this experience,” Hill said.

She added: “There (were) a lot of things I struggled with for a long time but Demi being able to come out of it, I was able to be more open about what I’ve gone through.” MKH