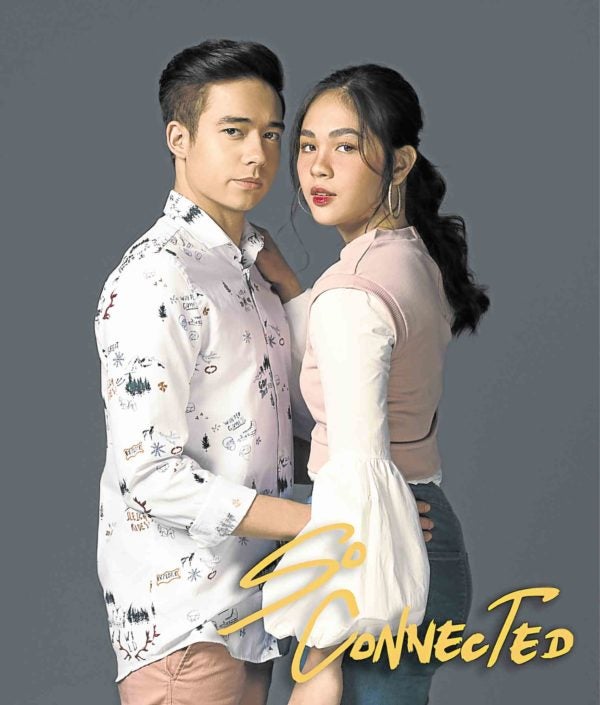 Fans of love teams can be an overprotective lot.

So, as Janella Salvador teams up with Jameson Blake for Regal Films’ coming romantic movie, “So Connected,” she appealed for understanding from supporters of her tandem with her perennial screen partner and rumored boyfriend, Elmo Magalona.

“Of course, I understand that some fans of my love team with Elmo feel bad and are hurt, because they’re rooting for two people they want to end up together in real life, too. I want them to know that I know their pain, seeing their idols work separately,” she said at a recent press conference for the film.

But as someone who “avoids negativity as much as possible,” the 20-year-old actress pointed out that there’s no need to resort to bashing her and, especially, Jameson.

“Hurtful words have been said … All I want to say is for them to support [her partnership with Jameson]. But if you don’t want to, then simply refrain from bashing and hurting other people for no good reason,” Janella added. “And this goes for other love teams and their fans, as well.”

On her part, Janella acknowledged that she should be just as prudent with her words. “If you must reply, think it over a hundred times. And if you do say something, make sure it’s only to defend yourself,” said the young actress-singer.

Jameson, a member of the dance group Hashtags, isn’t used to social media bile, and only got a real taste of it when he began working with Janella.

“But I can’t do anything about that—they have their own opinions,” he said. “This is just a movie. And I hope they give it a chance first, before they say anything bad.”

The 18-year-old celebrity said he has been called—among other things—a “user.”

“Once I referred to Janella as Trisha, her character in the movie, on social media and I was told by fans to let Janella enjoy her day with Elmo, and that I was merely using her to make myself popular,” he related.

“I felt it was too much. I’m generally a peaceful person, usually dedma,” added Jameson, who’s a product of the reality-based talent search, “Pinoy Big Brother.”

Directed by Jason Paul Laxamana, “So Connected,” which opens in cinemas on May 23, is about a web channel video editor Karter (Jameson), whose lost mobile phone ends up with Trisha (Janella), a self-supporting woman. Unknown to Trisha, the phone is installed with an app that uploads photos and videos taken with it to Karter’s cloud service.

Janella described Jameson as a “nice guy who’s easy to work with.” “There was no awkwardness at all. He’s a quiet person like me, but he’s friendly,” she said.

Jameson, on the other hand, said he has always wanted to work with Janella, and that it was a “blessing” to be given that opportunity for his first “big movie break.” “I thought she was difficult to approach at first. But as I got to know her, we started to have good conversations,” he said. “She’s simple and not maarte.”

The movie also touches on the concept of “soulmates.” Do they believe in it? “Not 100 percent,” Jameson said. “It’s all about having the same vibe—you just feel it.”

Janella pointed out that a soulmate can also be a friend or family member. “It doesn’t necessarily have to be something romantic. There are different kinds of bonds,” she said.

But has she found the romantic kind? “Sana,” Janella sheepishly said.