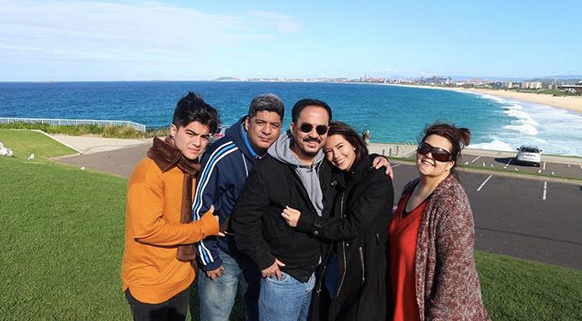 President Rodrigo Duterte came to the wake of Alvaro “Cheng” Muhlach, the father of actor Aga Muhlach, to pay his respects to the bereaved family.

Aga shared a video of Duterte walking inside a chapel of The Heritage Park in Taguig City, where Cheng’s wake is being held. The video was posted by Aga on his Instagram page today, May 15. It could be seen in the video that the president was accompanied by Senator Richard Gordon and special assistant to the president Christopher “Bong” Go.

Maraming salamat, Pangulong Duterte for paying your respects to my Dad. It meant so much to me and my family.

Cheng is the younger brother of veteran film actress Amalia Fuentes. He is also father to Arlene, AJ, Almira and Andrew, all of whom entered showbiz. He is also the uncle of former child actor Niño Muhlach.