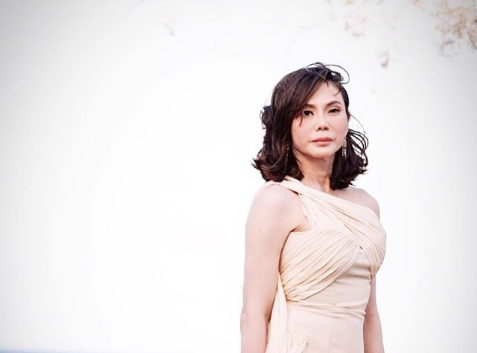 Celebrity doctor Vicki Belo just got lucky as she got a snap with world-renowned boxer Floyd Mayweather Jr.

Belo shared this chance photo of her and “Money” on Thursday as he went shopping in a known mall in Makati City. Her post had two pictures: the left showing that Mayweather signaled Belo to come forward, while the right showed the two of them together smiling.

She narrated how Mayweather was kind to roll down his car window to grant her the photo op. She added that he initially refused to take pictures with anyone.

“I stood in front of a black tinted window and signed language if I could take a picture,” Belo said. She said of her experience: “So nice of him right? I feel like I’ve won the lotto because of all the people there I was the only one who got a picture.”

People who waited to take a selfie with the boxer instead had their photo taken with Belo.

Mayweather arrived in Manila on Tuesday for a vacation. He said that his visit was an aim to embrace his Filipino fans.  /ra