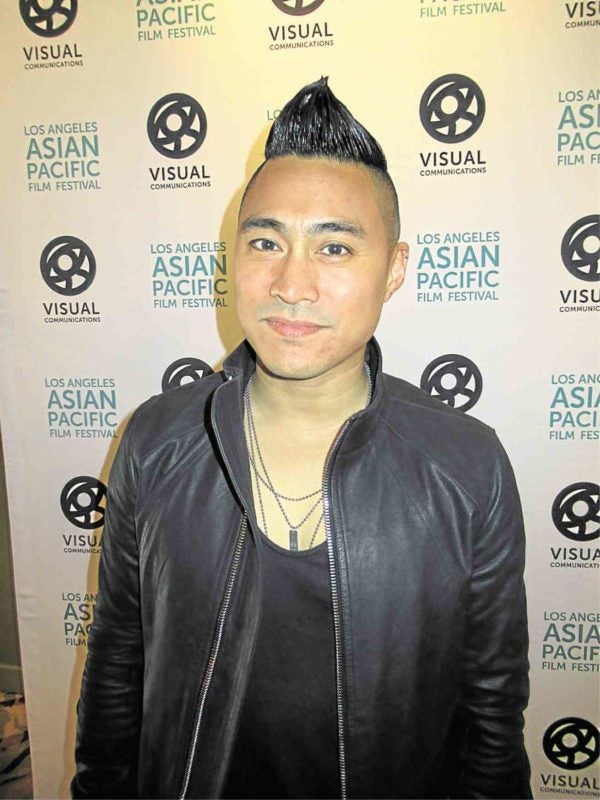 LOS ANGELES—As if the case of Jennifer Laude, a Filipino transgender woman murdered by a US Marine in an Olongapo motel room, her head submerged in the toilet bowl, wasn’t compelling enough, director PJ Raval, in his documentary “Call Her Ganda,” also found four women to rivetingly tell their joint efforts to seek justice.

At the film’s recent screening in the Los Angeles Asian Pacific Film Festival in West Hollywood, I sat transfixed not just by PJ’s chronicle of Jennifer’s plight, but also by these Filipino women who, in essence, give articulate voice to the 26-year-old sex worker whose life was brutally snuffed out by Joseph Scott Pemberton. They are: Jennifer’s mother Julita Laude, journalist Meredith Talusan, lawyer Virgie Suarez and trans activist Naomi Fontanos.

When “Call Her Ganda” ended, the audience applauded the boyish-looking Fil-Am director who introduced the film and then answered questions from the audience. Some members of his crew joined the filmmaker.

Born and raised in Clovis (central California), PJ moved to San Diego and then to Austin, Texas where he is based. The award-winning filmmaker and cinematographer’s credits include “Trinidad” and “Before You Know It.”

Shooting “Call Her Ganda” in the Philippines was an eye-opening experience for PJ who visited the country as a kid with his parents. He found three fellow producers to collaborate with in his first time to shoot in the Philippines—Marty Syjuco, Kara Magsanoc-Alikpala and Lisa Valencia-Svensson.

Marty, the Emmy-nominated producer whose first film is director Michael Collins’ “Give Up Tomorrow”—the acclaimed documentary about the trial of Paco Larrañaga, one of the suspects in the 1997 kidnap-murder of two sisters in Cebu—talked about working with PJ for the first time.

“Making ‘Call Her Ganda’ with PJ was a completely different experience than working with my filmmaking partner Michael Collins,” the Fil-Am said. “On ‘Give Up Tomorrow’ and ‘Almost Sunrise,’ working with Michael was second nature because we know each other so well, and we complement each other perfectly. Working with PJ, who I didn’t know very well at the time, required a huge leap of faith!

“But I was blown away by his vision and passion to bring Jennifer’s story to the big screen.

“After my first meeting with PJ at a filmmakers’ retreat in northern California, my instinct was to jump in. Three days later, we were meeting with a film funder, and three months later, we were in the Philippines on our first shoot. Three years later, we’ve just premiered ‘Call Her Ganda’ at Tribeca and Hot Docs and the reception has been tremendous. And now, we shift focus to what matters most, to bring the film home to the Philippines.” 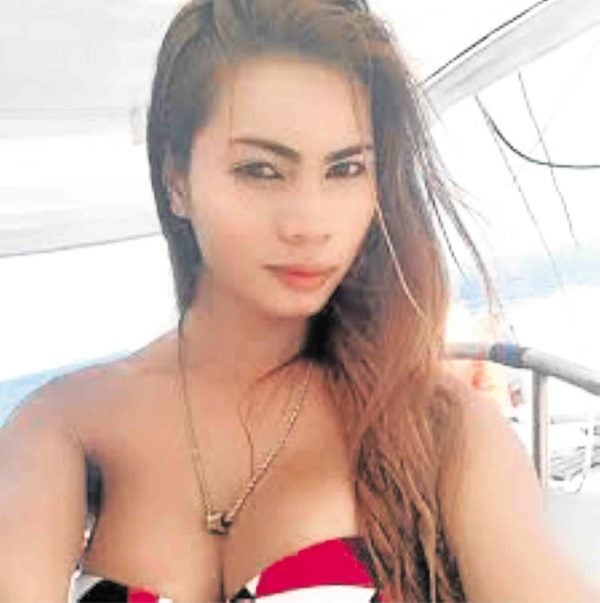 Excerpts from our interview with PJ:

How did you end up making a documentary on the case of Jennifer Laude? At first, I was apprehensive … but after speaking with lawyer Virginia Suarez and having several heart-to-heart chats with various friends and colleagues, it became clear to me that my point of view as a Filipino-American could be unique since I know firsthand how the Philippines has been overlooked and misunderstood from a US perspective.

I also recognized, as an American filmmaker, that I have resources available to me that could be instrumental in taking on a story with such a large scope and that could get the story out to wider audiences globally.

How much of an eye-opener for you was this experience of filming in the Philippines? Up until making this documentary, I never knew that most Filipinos killed during a war was at the hands of American soldiers during the Philippine-American War. I never knew that the presence of individuals that were gender nonbinary or maybe today who we would also include as “trans” individuals existed and held prominent community positions before being targeted and eliminated by the Catholic Church and organized religion.

The Philippines has survived centuries of imperialism and colonization. I never realized how deep that ran up until making this film.

How did the story of Jennifer Laude resonate with you, as a Filipino-American, especially in the context of the complex relations of the US and the Philippines for many years and, on a personal level? As a queer individual, I also know firsthand how LGBTQ+ communities have been marginalized and are targets of hate and violence.

So all of this makes Jennifer Laude’s story personal to me because it’s also the story of the Filipino people and of the queer community. The struggle for equality and general human rights parallels the Philippine nation’s struggle for sovereignty from a foreign superpower.

You couldn’t find a more effective quartet of female figures to help you tell the story of Jennifer Laude. Each of the subjects plays a very key role in the film:

For me, Julita Laude or Nanay is the heart of the film. Her unconditional love as a mother to Jennifer … is unparalleled. Her strength and conviction for tirelessly pursuing justice in a system where people who are economically disadvantaged and are not afforded access to legal help is inspiring.

Meredith is the head and represents the intellect. As an investigative reporter, she’s able to pose the important questions and uncover the many layers.

Lastly, Virgie and Naomi represent the flesh or the action. They embody the fight for sovereignty. 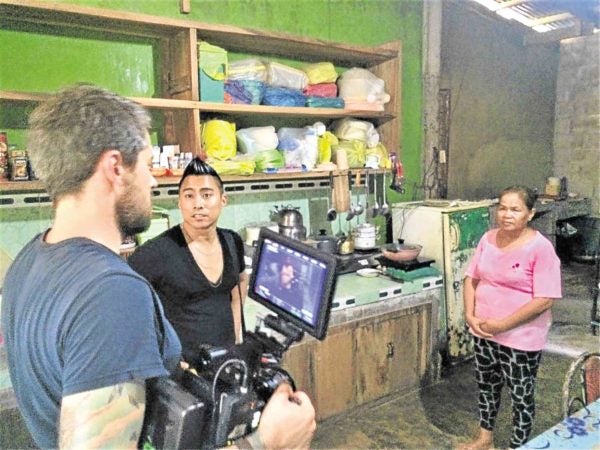 Why did you decide to concentrate on the side of Jennifer Laude—her family, friends and lawyer—only? The story is about these women pursuing justice against a foreign superpower.

How did you end up teaming with Marty Syjuco, Kara Magsanoc-Alikpala and Lisa Valencia-Svensson as your fellow producers? With so many challenging production factors, early on I knew the first thing I had to do was assemble a strong producing team which could not only understand filmmaking, but also the larger context and importance of this film. So it’s important to me to point out the team is all-Filipino and mostly queer.

What were the challenges of shooting in the Philippines? Anytime you decide to film outside of the country you live in, going into production will present certain challenges like getting yourself plus whatever gear you need over to said country. But pretty much the key is establishing strong local resources.

And what were the things that you enjoyed about filming in the Philippines? Mostly, I’ve enjoyed feeling a personal connection to the Philippines, one that didn’t exist before but I knew should be there.

What has your experience been like so far at screenings in New York (Tribeca Film Festival), LA (Los Angeles Asian Pacific Film Festival) and Toronto (Hot Docs Canadian International Film Festival)? The reaction from audiences has been truly amazing. I think people who don’t identify as trans or Filipino are initially surprised by how much they feel connected to the subjects and how moved they are watching the film.