Noirish CineFilipino entry ‘Hitboy’ is worth its weight in gold 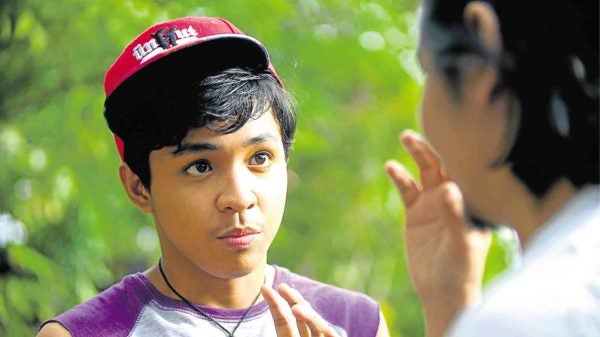 It isn’t every year that we get to see movies from the CineFilipino Film Festival. But while a few of its productions are underwhelming (“Bingoleras,” “Mga Alaala ng Tag-ulan”), a good number of them are indubitably worth their weight in gold.

Joining CineFilipino’s string of significant films for its third edition this year is Bor Ocampo’s noirish dark comedy “Hitboy,” which benefits from its Pinoy-flavored Tarantino-esque energy and winking humor.

With its tongue firmly in cheek, the film inventively blurs the fine line between fact and fiction as it follows how teenage student Alex (Adrian Cabido, in a career-boosting turn), a petty thief who hopscotches from one botched mission to another, is thrown in at the deep end of the criminal underworld.

After getting his high school sweetheart Nicky (Rea Molina) pregnant, Alex finds himself in a tighter financial fix when his father injures himself in a vehicular accident.

Things go from bad to worse when mob boss Ricky (Soliman Cruz) orders Alex to kill character actor Mon Confiado (played by the veteran actor himself), who has gotten on the bad side of Mrs. David aka Madam Sexy, portrayed with “second skin”-relish by Rosanna Roces.

The film has protracted scenes that could benefit from judicious snipping, but that’s just us nitpicking.

Overall, “Hitboy” is a breath of fresh air that puts a quirky spin on a formulaic genre that has long lost its angsty edge to misuse and overuse. 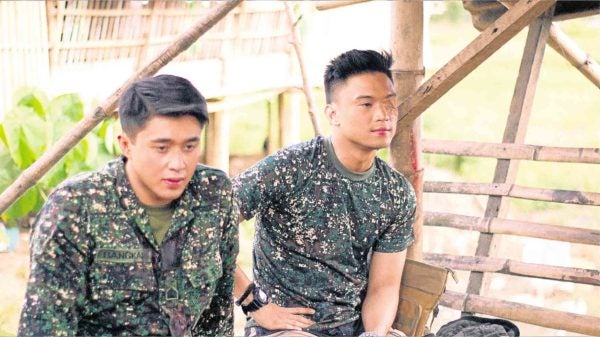 The film tells the story of 27-year-old Marine Sgt. Luis Batobato (Edgar) who must come to terms with the needless deaths of his fellow soldiers, Bangks (Arron Villaflor, whose strong presence is gravely underutilized in a decorative role), Razon (Jerald Napoles) and Sandro (Miguel Almendras), following a botched raid on bandit Hapilon’s deadly lair.

But, the well-meaning production’s fascinating development quickly heads south when it succumbs to its self-inflicted incoherence, especially after it takes a distracting and unfocused detour that has its one-eyed protagonist running “last-minute errands” that would allow his departed friends to settle some unfinished business before crossing over to the afterlife.

The lone survivor’s extraordinary tasks are easier said than done, however: First, he must help closeted gay soldier Sandro “come out” to his father (Alan Paule).

Thereafter, Luis finds himself in a real pickle when he finds out about his best friend’s “dilemma”: Bangks has long been in love with Luis’ wife, Alice (Ritz Azul)!

Just how does one get to grips with that?

Aside from “Hitboy” and “Mata Tapang,” CineFilipino’s other entries in the feature-film category are Alec Figuracion’s “The Eternity Between Seconds,” Alpha Habon’s “Mga Mister ni Rosario,” Therese Cayaba’s “Delia & Sammy,” Dwein Baltazar’s “Gusto Kita With All My Hypothalamus,” Ronie Supangan’s “Poon” and Ronald Espinosa Batallones’ “Excuse Me Po.” They’re currently being screened at SM Cinemas, Gateway and Greenbelt 1 until May 15.