‘Terminal’ hits PH theaters on May 16 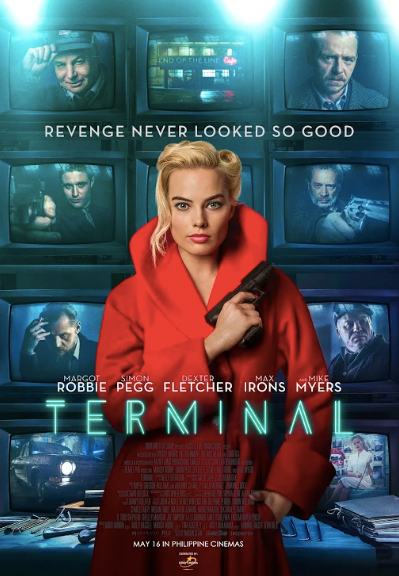 Margot Robbie’s top-billed drama thriller “Terminal” is set to premiere in Philippine cinemas this May.

Written and directed by Vaughn Stein, who is known for his work in the 2009-hit “Sherlock Holmes” and 2013-hit “World War Z,” the film follows the twisting stories of two assassins, Bill and Vince (played by Simon Pegg and Dexter Fletcher), as they embark on a borderline suicide mission for a mysterious employer, named Mr. Franklin, and a high paycheck.

The mission ends up enveloping a teacher who is battling a fatal illness, a peculiar janitor and Annie (Robbie), a waitress leading a dangerous double life as she may be more involved in their mission than they had realized.