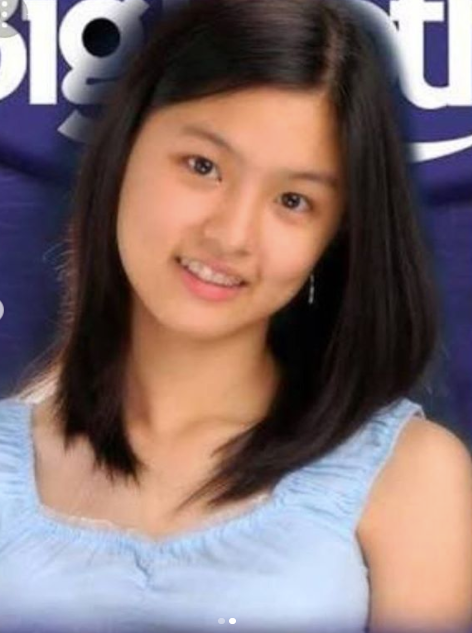 Kapamilya actress Kim Chiu could not be happier for celebrating her showbiz anniversary and was no less than thankful for an awesome 12-year journey in the industry.

In her Instagram post on Tuesday, the actress looked back at her television debut via the phenomenal reality show “Pinoy Big Brother Teen Edition.”

“It’s been 12 years today!! 04-23-06 never have I imagined i would be given this chance ever in my whole entire life! thank you papa God for bringing me where I am today and thank you po sa lahat ng nagtitiwala, sumusuporta and nagmamahal! I will be forever grateful and forever thankful sa inyong lahat!” she wrote.

Chiu added: It may be hard in the beginning but trust the process and don’t give up on that dream, “dreams doesn’t become reality through magic, it takes sweat determination and hard work because in the end we are all just dreamers in an endless universe.” (thank you for reminding me, thanks also for the trend) #faith #PBBbaby #happy12 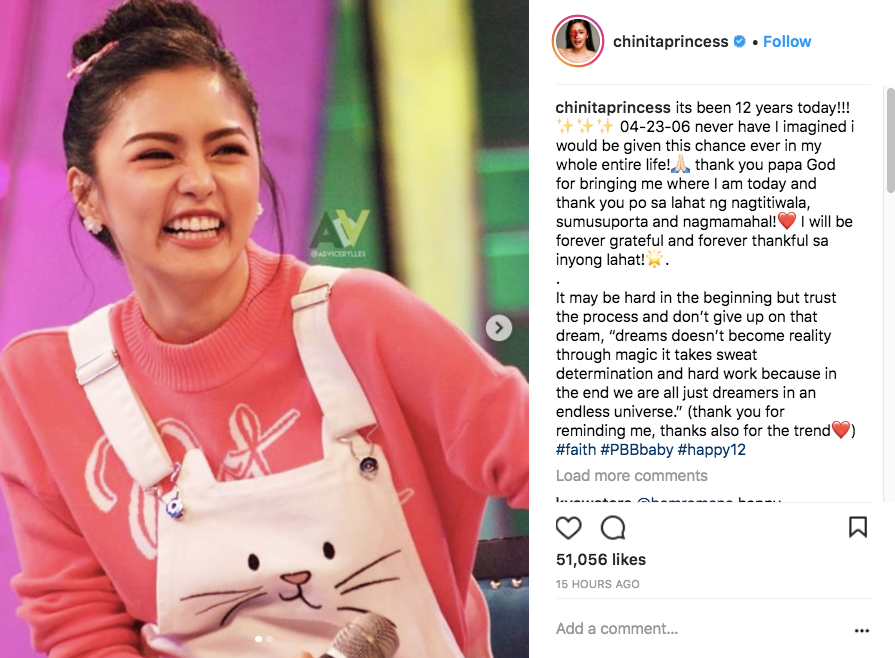 Only 16 then, Chiu was part of the first batch of teen hopefuls who joined the reality show which debuted on April 23, 2006.

Dubbed as the “Chinese cutie of Cebu,” Chiu was early on one of the stunners inside the house. As the show concluded on June 3, Chiu was hailed as the teen big winner. One of her most notable moments inside was when she sang the Chinese song “Peng You.”

Since then, she has become one of the country’s most bankable stars.

Apart from commercial success, it was inside the PBB house where Chiu met her former love Gerald Anderson.

Their undeniable chemistry inside the house made them one of the most sought-after love teams of their generation.

They also dominated primetime television through top-rating series such as “Sana Maulit Muli” in 2007, “Kung Tayo’y Magkakalayo” in 2010, “Tayong Dalawa” in 2009 and “Ikaw Lang ang Iibigin” in 2017.

Chiu has always shared that her family’s financial struggle was the primary reason why she joined PBB. With more than a decade of hard work and perseverance, she successfully reached her dreams and gave her family the best life she could give. /jpv