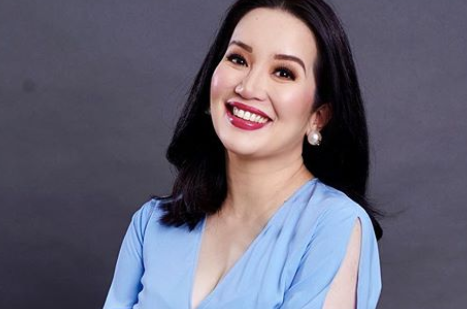 While Kris Aquino’s political tirade has been welcomed today by Malacañang, the Queen of All Media has just revealed that she gifted Vice President Leni Robredo a grand bouquet of flowers for her birthday.

Aquino posted on her Instagram page a photo of a custom-made bouquet just for Robredo. The yellow roses formed a heart and were surrounded by white flowers. 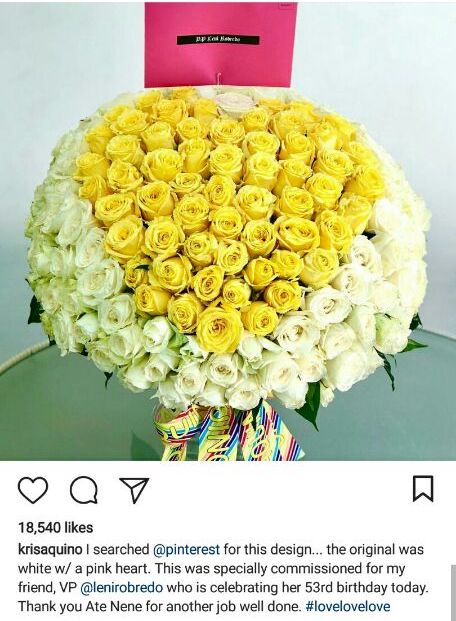 Followers were wowed by the design which Aquino said she searched for herself. When netizen @anne_1307 gushed, “Super ganda naman po (It’s so beautiful) Madam,” the media personality replied, “Because I love her. She is #genuine.”

Aquino supported Robredo’s 2016 bid to become vice president and served as the top donor — shelling out P31 million — to her campaign.

The two women recently reunited for the baptism of Senator Bam Aquino’s daughter, where they were both godmothers. 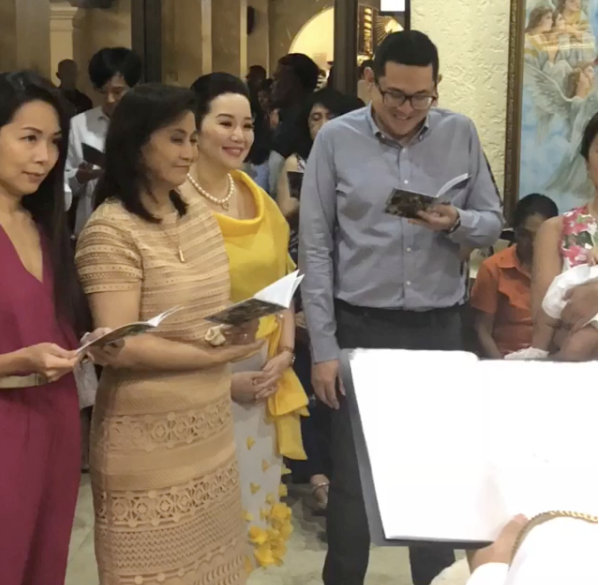 Aquino has become more candid about her political leanings when she slammed Korina Sanchez for featuring ex-husband James Yap in an episode last night, April 22, of her TV show “Rated K”.

Aquino has described Yap as a “deadbeat dad” for failing to provide financial support for their son Bimby.

She said that while she helped campaign for Mar Roxas — Sanchez’s husband and Robredo’s elections partner — she sees why President Rodrigo Duterte ultimately won.

In the comments section, she further hinted at her choice of political leaders. An account called @dubredoarmy left a comment with emojis of a yellow heart, a closed fist and the Philippine flag.

“I like this,” Aquino replied with a Philippine flag emoji.

Aquino also revealed that she received her own gorgeous bouquet of flowers.

A few hours later, she posted a picture of her holding white and pink peonies in a glass vase with a satin pink ribbon tied around it. 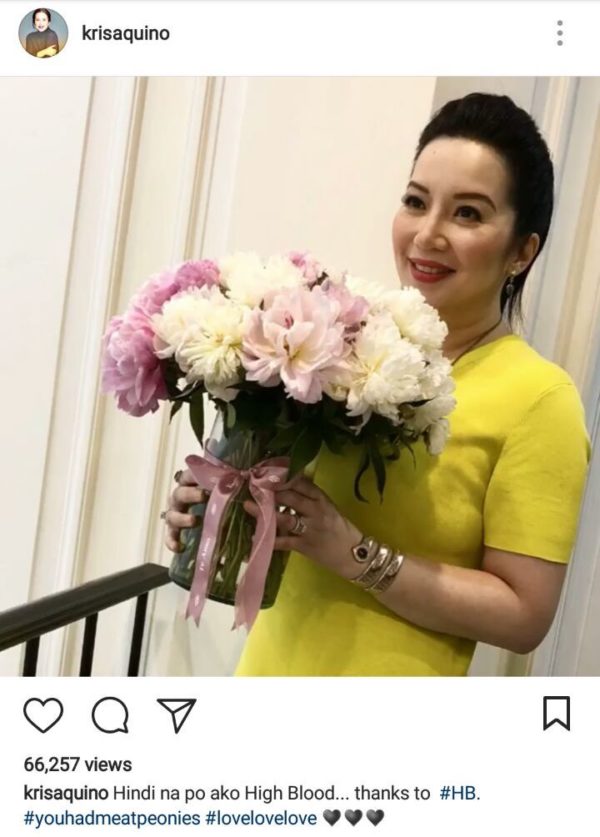 She didn’t reveal the sender, but only placed what could be the initials: “Hindi na po ako (I’m no longer) High Blood… thanks to #HB.”

Some fans speculated that it could be her former beau Quezon City Mayor Herbert Bautista. Last January, she shared a picture of her and the mayor in Rome and stated that they had a “weird and special friendship.” JB

How Herbert Bautista remains a ‘real friend’ to Kris Aquino