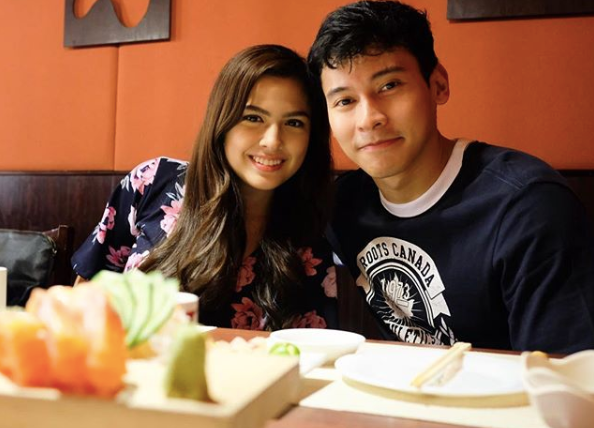 After ride-hailing platform Uber exited Southeast Asia, rival Grab has been left to serve throngs of local riders, including those in the Philippines.

Those who have experienced poor service air their grievances on social media. One of the distressed riders was singer and actress Alexa Ilacad, 18, who yesterday vented on Twitter that she was on the receiving end of bad service more than once in the same day. 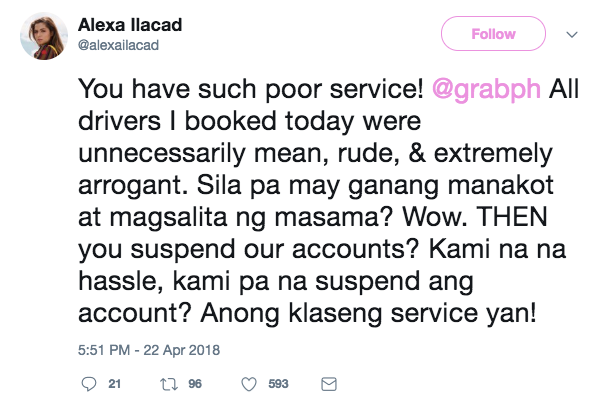 “You have such poor service! @grabph All drivers I booked today were unnecessarily mean, rude, and extremely arrogant,” she wrote. “Sila pa may ganang manakot at magsalita ng masama (They have the guts to threaten and speak ill)? Wow.”

“THEN you suspend our accounts? Kami na na hassle, kami pa na suspend ang account? Anong klaseng service yan (We were hassled and yet it’s our accounts that were suspended? What kind of service is that)?”

While followers sympathized with her, there was a silver lining to her situation.

Back in 2016, Ilacad admitted that she had a crush on Dee in a YouTube video on her own channel. Joining her in the video was social media influencer Janina Vela, who revealed that on Ilacad’s phone, Dee’s name was followed by three hearts.

Ilacad seemed to be appeased as she replied, “On second thought… thank you Grab.”

No word yet if Ilacad will take the offer from Dee, but the traffic could be made bearable if accompanied by her crush. JB

LOOK: Alexa Ilacad is blooming in her prom gown

LOOK: Erich Gonzales, Enchong Dee friends to the end of City of Love