When guests do better than TV program hosts 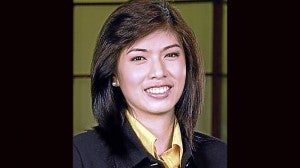 Once in a rare while, we chance upon a feature on TV that features guests who look, act and speak better than the reputedly professional TV people who interview them. This has made a strong impression on us because, for a long time now, we have rued the fact that many of our on-cam TV people are not as competent or well-spoken as they need to be.

So, when we see guests who do better than they, the decline in standards for local TV talents becomes all the more pronounced. And we hope and pray that the network involved hire those unexpected “discoveries” to beef up their stable of regular on-cam talents and thus improve their cumulative performances.

This first happened when we chanced upon an interview with a Dr. Bernal, in which the good doctor spoke clearly and flawlessly. Next, we were thoroughly disarmed by a feature on a young married couple’s admirably health-conscious lifestyle. We urged the channel to whip up a “green” lifestyle show for them—but, no dice (so far).

Our third “surprise” epiphany came last January 2, when we caught an interview with April Lee-Tan, who was identified as “research head, Citiseconline.” She was asked to analyze financial prospects for 2012, and she did so very well, indeed!

She was beautiful, articulate, insightful and spoke succinctly, with absolutely none of the “ums” and “ahs,” as well as diction and enunciation errors and lapses in fact and logic that ostensibly professional on-cam TV people fall prey to.

What a great “discovery!” A TV channel should feature this fine and well-spoken financial analyst not just occasionally but often. Such finds are rare, so ANC or other proactive channels should offer her an opportunity to regularly share her unique gifts on TV, quick.

We don’t mean to demean the on-cam talents we do have, but we must point out that the level of their work has generally gone down in the past decade. Why do we admire Pia Hontiveros, Cheche Lazaro and Winnie Monsod so much? Because so many of their contemporaries have contrastingly become lazy, smug and error-prone.

A number of them obviously think that making mistakes on TV is no big deal—but, it is! They should regard their frequent flubs in front of the camera to be as unacceptable as print journalists see their own much less frequent errors in spelling, punctuation and usage. Some newspapers run corrections of the mistakes they occasionally make—so, why don’t on-cam TV people apologize for their frequent flubs, as well?

When well-spoken guests speak and express themselves flawlessly, they inadvertently remind some “professional” TV people how unprofessionally they’re performing. Instead of feeling like they’re being put on the spot, “less than perfect” TV people should appreciate the timely reminder—and work harder to do more competent work from here on in.

For this simple reason: Many thousands of viewers are watching, and each one of them deserves their best work. That’s what they’re there for—and that’s the bottom line.