Fortuitous fusion of excellence and popularity 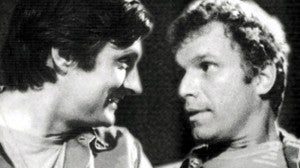 “M.A.S.H.” The daring little show that could—and did

Entertainment weekly’s comprehensive recollection and appreciation of the 20 greatest US TV shows of all time provides us with some handy handles on how to better understand how quality and popularity need not always be at odds in entertainment and media.

Quite a number of the TV shows cited were also hugely popular—and therein lies a telling tale for doomsayers who think that the only thing that “sells” on television is unmitigated shlock.

In recognition of this fortuitous fusion of excellence and profitability, EW’s appreciation leads off with a visionary quote from writer, E.B. White, in the early days of TV (1938): “I believe television is going to be the test of the modern world, and that, in this new opportunity, we will discover either a new and unbearable disturbance of the general peace—or a saving radiance in the sky.”

Fact is, both aspects of White’s prescient prediction have come true—we have the shlock of “pro” wrestling shows aired at midnight on one hand, balanced by moving dramas, comedies, news programs, and shows for children on the other. 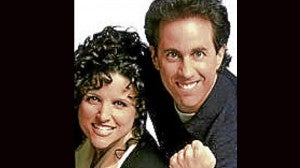 “SEINFELD.” Audacious irreverence and rejection of all “rules.”

We’re particularly glad that “M.A.S.H.” got into EW’s “greatest” list. To us, it was “the daring little show that could—and did,” because it dealt with the controversial Vietnam War, but, as a comedy—a farce, even.

The EW citation gets it exactly right—“War as hell—and hellishly funny!” The very idea of finding humor in the day-to-day tragedy of armed conflict is stunningly challenging to contemplate. Upon reflection, however, the dogged determination to laugh at the carnage all around them is what keeps the doctors in the show’s Mobile Army Surgical Hospital from going ravingly insane.

We also have fond personal memories of “The Twilight Zone,” because we interacted with the fantasticating series’ writer-producer, Rod Serling, when he came to Manila for a seminar-workshop, and we were among the chosen few tapped to learn from the acclaimed master storyteller.

Before that, we watched his show religiously, so we knew whereof he spoke—that reality and unreality could be one and the same thing, and that the sci and fi in sci-fi could be a particularly pliant and compliant pair of Siamese twins!

Other “teaching” and “learning” moments for us on TV included the medium’s great capacity to educate young viewers and to further develop and expand their all-important sense of wonder—as best exemplified by “Sesame Street,” which we enjoyed even as a so-called adult.