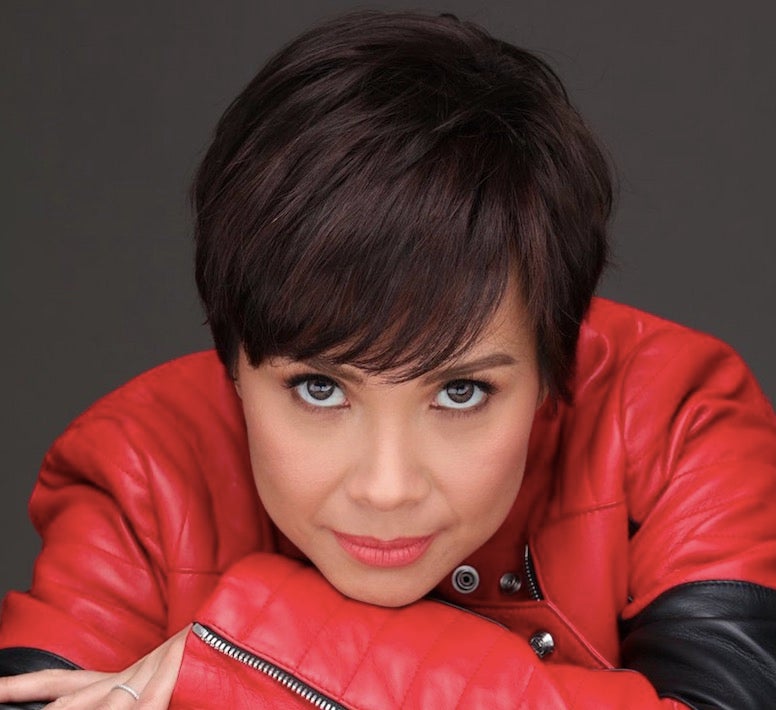 Lea Salonga gave a shout-out to call-center agents, asking them to enunciate their words when speaking or leaving messages on answering machines.

Currently staying in the United States, the Broadway star tweeted about her experience with a difficult-to-understand message left by an agent. She said, “I could not, for the life of me, understand. Words were chewed up and garbled.” 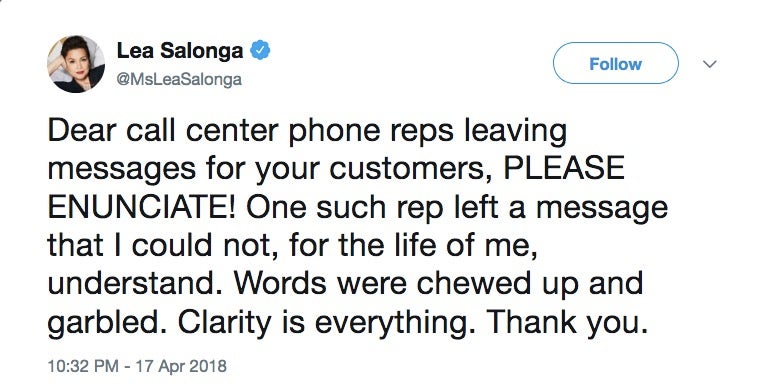 Netizen and educator Annabelle Macabenta (@AnnabelleM07) of Quezon City asked whether the agent was Filipino. She claimed that agents with clarity issues usually come from India.

Salonga confirmed it was not Indian and insisted it was Filipino. “More specifically, Pinoy trying to sound American,” she said.

She also confirmed the message left was from an American company that outsources its call services.

With numerous Filipino call-center agents in the country servicing American clients, the actress’ words may be good advice to take for a job that involves regularly speaking to people.

Salonga is currently performing in Broadway for the stage production “Once on This Island” where she plays as the goddess of love Erzulie.  /ra