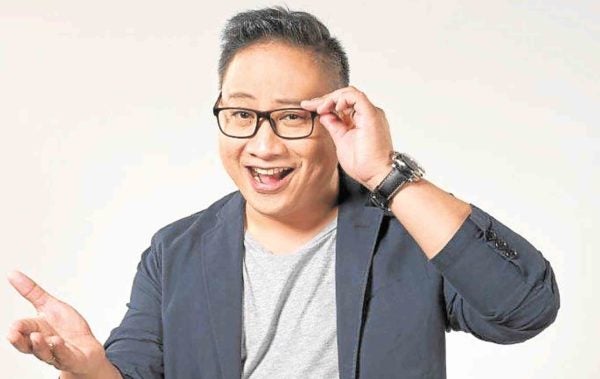 National funnyman Michael V could barely keep his excitement to himself yesterday when he made it known to his fans that he is “hoping against hope” he gets to meet “Iron Man” star Robert Downey Jr.

Michael V is currently in Singapore for a press red carpet event of “Avengers: Infinity War”, where the cast of the latest Marvel film will be there themselves to meet their fans.

The comedian had already succeeded in handing his 15-minute portraits to Hollywood actors Benedict Cumberbatch and Karen Gillan, who play “Doctor Strange” and Nebula” in the Marvel Cinematic Universe, over the weekend when he had his one-on-one interviews with them. For any fan, it is a moment beyond one’s wildest dreams, but it seems that for Michael V, the crowning glory of his Singapore escapade is meeting Downey Jr.

And that just happened. After his frantic call for good luck wishes yesterday, it seems Michael V succeeded in meeting the “Iron Man” himself, based on Michael V’s latest Instagram update.

(Watch the Instagram Stories of @robertdowneyjr here in Singapore! I already met him in person!)

He accompanied his post with screen grabs of Downey Jr.’s  Instagram Stories; although blurry and hazy, Michael V can be made out in the pictures, standing right in front of the towering Downey Jr.

Earlier on the same day, Michael V shared to his Instagram followers a clip of his 15-minute sketch of Downey Jr. It was here when he said giving his sketch to Downey Jr. would be one of the highlights of his next vlog.

In the past, Michael V has sketched numerous personalities. Apart from the “Avengers” stars, he has also paid homage to the recently-deceased physicist Stephen Hawking, and Gal Gadot who plays “Wonder Woman” in the DC Extended Universe.

He has also sketched his good friend, the late rapper Francis Magalona, who he says was the one who reintroduced him to comics.

Read Next
Nadine Lustre shoved a fan’s arm away from James Reid?
EDITORS' PICK
Metro Manila posts lowest temperature yet this ‘amihan’ season at 19°C
Over 3 Million worth of prizes to be won at Smart Padala’s SENDali Manalo Promo!
Acer starts the year off strong with the Aspire Vero National Geographic Edition
DOH: 28,471 new COVID-19 cases in PH; active cases now 284,458
On Day 2 of implementation, gov’t says workers now exempt from ‘no vax, no ride’ policy
Gear up and get ready to play with Yamaha Mio Gear
MOST READ
Emma Stone calls Andrew Garfield a ‘jerk’ after he ‘lied’ about his ‘Spider-Man: No Way Home’ appearance
LOOK: Edu Manzano, Cherry Pie Picache enjoy Palawan with her son Nio Tria
Unvaccinated has rights but it has limits—DOJ
Retirements prompting major reshuffle in PH military
Follow @CCepedaINQ on Twitter
Don't miss out on the latest news and information.