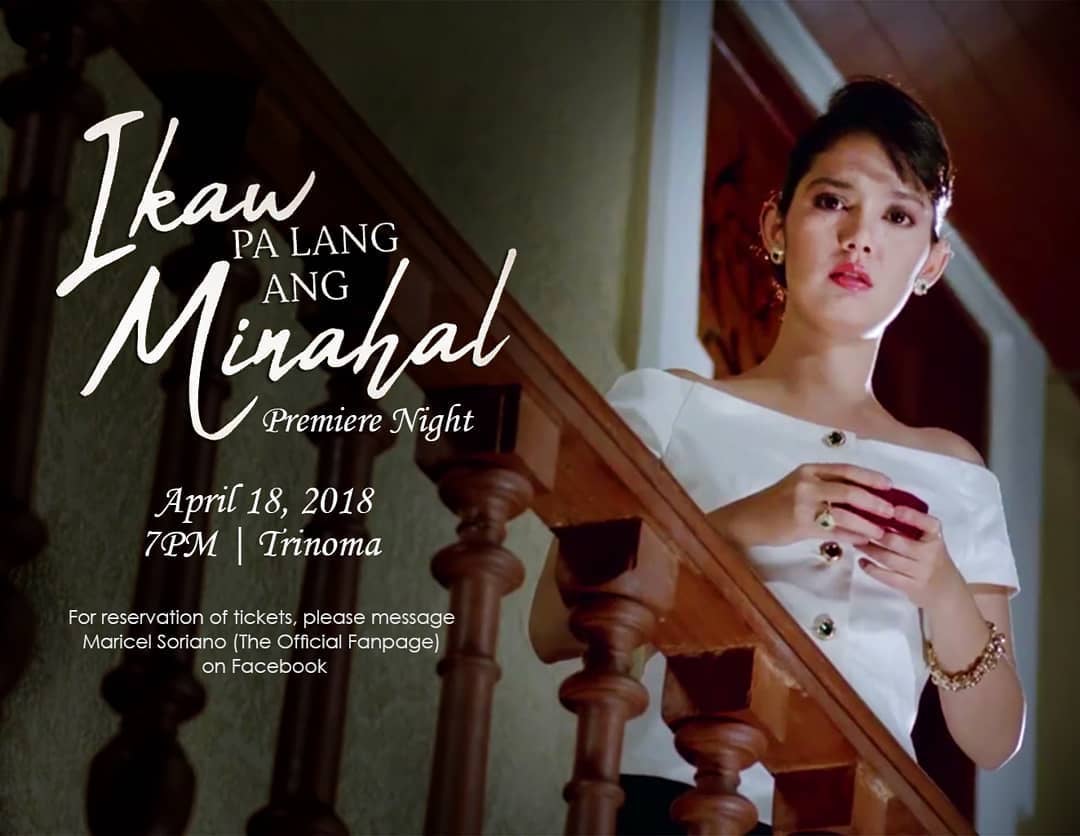 One of the most unforgettable films of the early ‘90s gets a new look.

“Ikaw Pa Lang ang Minahal” starring no less than Diamond Star Maricel Soriano and ultimate hunk Richard Gomez is now digitally-restored. After 25 years, the 1992 award-winning classic is set to hit the big screen once again on April 18, 7 p.m. at the Trinoma mall.

The announcement was posted on a Facebook fan page dedicated to the veteran actress. 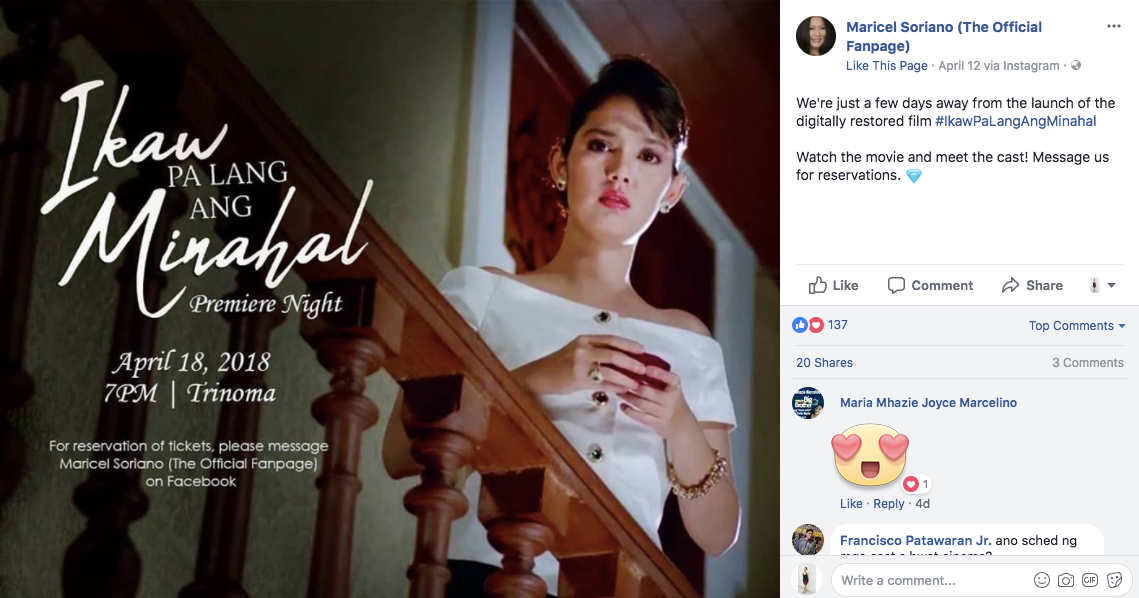 “Ikaw Pa Lang ang Minahal” is a story about a privileged young woman named Adela who has everything in life but love. Living in a mansion, she is the sole heiress to her father’s massive riches. However, she grew up enduring her father’s animosity toward her. This then strained their relationship making the already shy and aloof Adela confine herself in their mansion.

Her world changes when she meets the handsome and appealing David who she’d quickly fall in love with. Her father disapproves of their relationship doubting the man’s intentions for his daughter. But just as Adela decided she would give up everything for the man she loves, David backs out upon learning Adela won’t inherit her father’s wealth anymore.

Adela’s vengeance starts when she returns to their house to get back at the two men who caused her grave pain. /jpv