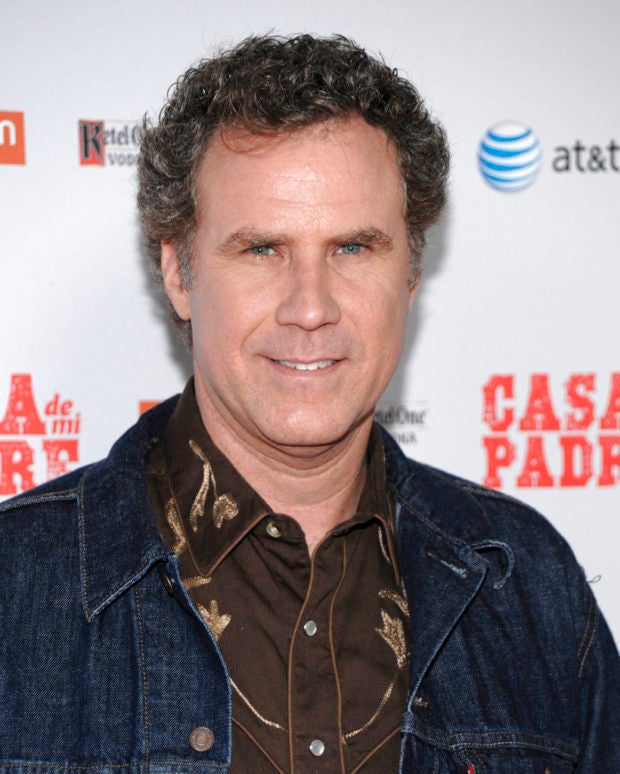 FILE – In this March 14, 2012 file photo Actor Will Farrell arrives at a premiere in Los Angeles. Will Ferrell was treated by paramedics after sustaining minor injuries from a rollover crash on a Los Angeles-area freeway Thursday, April 12, 2018. A California Highway Patrol report says a 2007 Toyota struck the right rear of the limousine SUV after veering into its lane on Interstate 5, causing it to lose control, hit the center divider and overturn. (AP Photo/Dan Steinberg,File)

ALISO VIEJO, California — Video shows actor Will Ferrell was treated by paramedics after sustaining minor injuries from a rollover crash on a Los Angeles-area freeway.

The video by OnScene.TV showed the 50-year-old Ferrell sitting on the side of the highway talking to a firefighter shortly after the Thursday night crash. Another video by LA-OC.tv showed Ferrell talking on a cellphone as he sits on a stretcher and firefighters load him into an ambulance.

Ferrell is believed to have been in a limousine SUV with three other people when a 2007 Toyota veered into their lane on Interstate 5, according to a California Highway Patrol report.

The Toyota hit the rear right side of the SUV, causing it lose control, hit the center divider and overturn.

Orange County Fire Authority Capt. Larry Kurtz said the three men in the SUV had minor injuries, while a 27-year-old woman had critical injuries. The driver of the Toyota was not hurt.

The highway patrol said the woman was the only one not wearing a seatbelt.

The crash was under investigation.

Before the crash, Ferrell was appearing at an event in character as Ron Burgundy, the buffoonish 1970s news anchor from “Anchorman: The Legend of Ron Burgundy,” according to posts on social media by people at the event and its host, Funny or Die.

Comedian and actor Billy Eichner, who also appeared at the event, tweeted about the crash on Friday.

“I wasn’t in the car,” Eichner wrote. “Will and everyone are OK. Very scary but very thankful everyone is OK.”

Actor Jason Alexander tweeted his “thoughts and love out to Will Ferrell and his friends and family today.”
“Quick healing, Godspeed,” he wrote.

Fellow “Saturday Night Live” alum Chris Kattan, who also starred in “A Night at the Roxbury” with Ferrell, tweeted a photo of the friends together and wrote: “So glad you’re okay buddy!” MKH

Will Ferrell on Filipinos as backbone of US; Pinay at ‘Bourne’ preem in NY