Kean, Chynna didn’t take too long to know they’re meant for each other 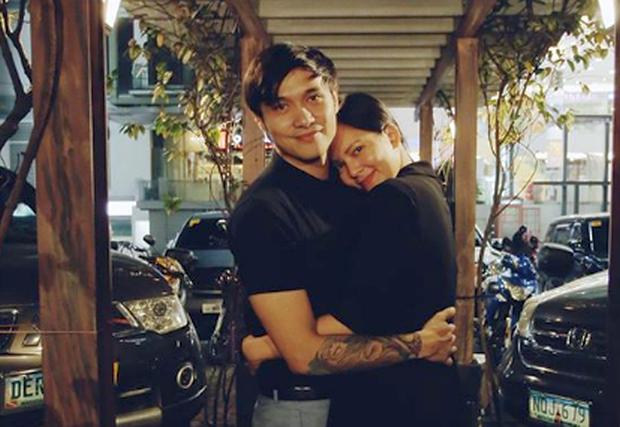 Theirs is perhaps one of the most beautifully written love stories that did not flip too many pages of history.

Kean Cipriano and Chynna Ortaleza-Cipriano are two living examples that you’ll know someone is the one in a heartbeat.

Just a few months into dating, they were already blessed with a beautiful baby girl they named Stellar.

Thereafter, they legalized their union – first in civil wedding then followed with a church ceremony.

So why were they in a hurry to take the plunge? Because they already know each other is the one.

Factor in their strong foundation, Kean and Chynna were first and foremost good friends. They were among the typical girl-boy close friends who find comfort in each other. Unlike other would-be couples who start with a typical courtship, Kean and Chynna skipped the stage as they already knew they would walked down the aisle together one day.

“Hindi pa kami ah, pero he was asking things like: ‘Chynna you wanna have a kid?’ It was just the dynamic of the relationship to ask each other na: ‘You wanna have a child?’ Ako naman: ‘Oo naman.’ Then he’ll follow up with: ‘You wanna have a child with me?’ Sabi ko: ‘Yah’,” Chynna said in an intimate interview with her and Kean with select members of the entertainment press last Friday for Callalily’s upcoming 13th anniversary concert titled “Ex-alt.”

Kean not the ‘marrying type’

Given his status as a hunky rockstar, Kean has had a roster of beautiful ladies on his dating/dated list. Because of this, people perceived him to not be the marrying type. Knowing himself, he also felt the same.

Because they were too close, Chynna revealed that she knew all of her husband’s past conquests because he would tell her everything.

And then Kean would make his move.

As if God-willed, it was just the perfect timing. Chynna had already found her peace coming off from a devastating break-up from a nine-year relationship with Railey Valeroso. And so for her, she just went with the flow simply because everything felt right.

As most people normally spend time, usually years, to get to know a person and be sure he or she is the one, Kean and Chynna skipped the step and immediately planned every couple’s ultimate end up when they got together.

As it is, there’s no sure way to be certain about somebody, but spending less time into prolonging the wait just worked for them.