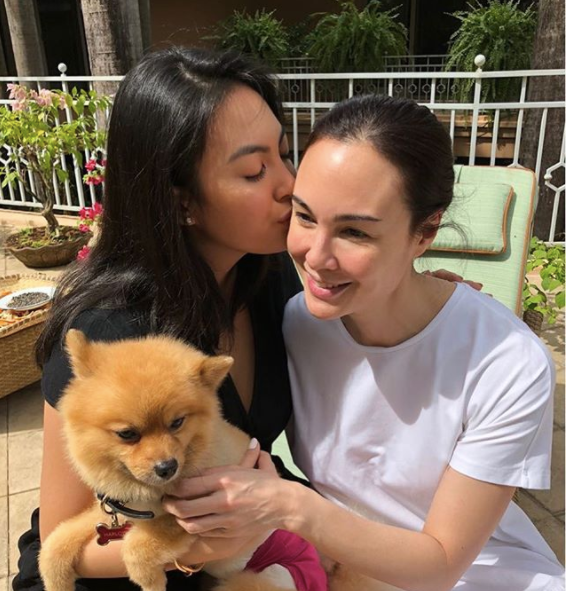 Getting into the Easter spirit, Gretchen Barretto last April 1 told her Instagram followers that she would be granting 15 wishes.

Barretto’s page was flooded with requests for several types of needs, ranging from cancer treatment medicines, a nebulizer for kids with asthma, plane tickets to a graduation, dialysis sessions and groceries. Behind the sefless wishes were family or friends who hoped to see their loved ones healthier and happier.

She also got the participation of friends Mimi Que and Patty Pineda. Eventually, daughter Dominique Cojuangco and friend Megan Que also joined in and promised some wish-granting for their upcoming birthday.

One of the touching stories was about Karina Sazon, a mother of two who was diagnosed with acute myeloid leukemia last year. Barretto revealed that she, Pineda and Que donated five vials of medicine for chemotherapy which costs P12,000 a piece at Sazons’ friends’ request. 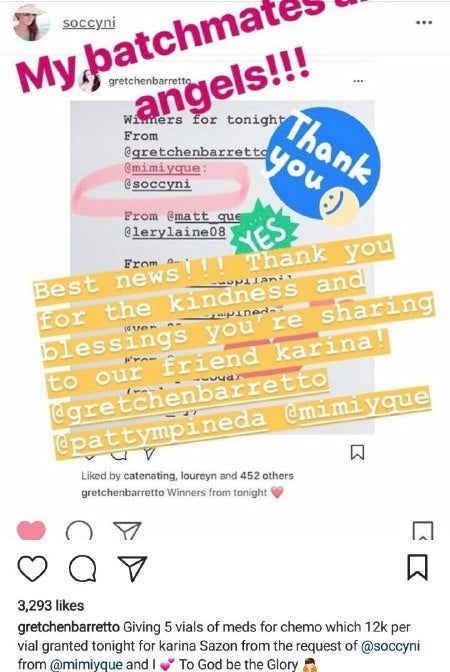 Some of those who received wheelchairs were a father bedridden for 20 years and children with cerebral palsy. 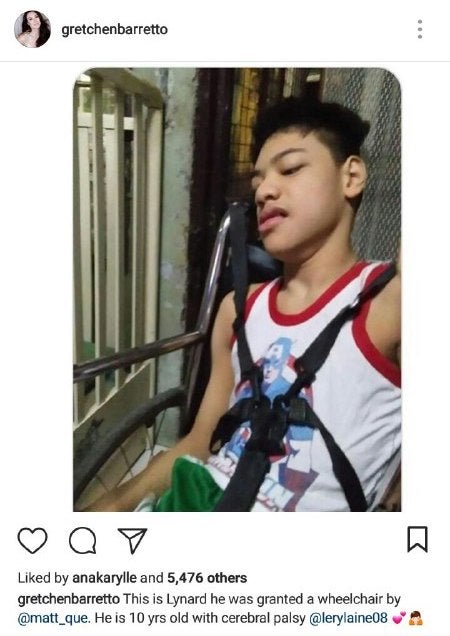 Dominique granted the first wish: milk supplements to a netizen’s mom. A number of requests were similar and were granted to senior citizens and children alike with health concerns. 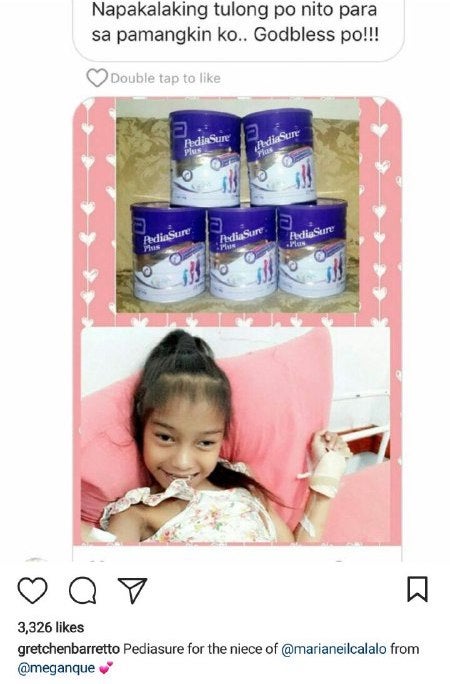 One netizen also asked for groceries for her grandmother whose husband recently passed away after 63 years of marriage. Barretto also extended aid in the form of groceries to survivors of a Bacolod fire. 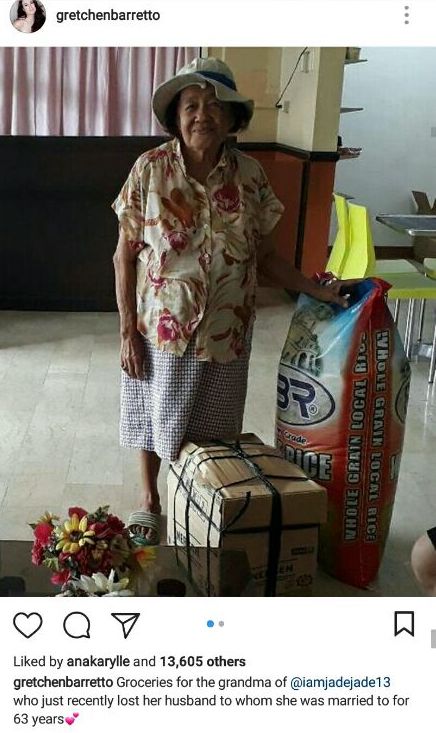 Others also wanted to help others make a living. One Lora Salcedo requested for a bike with a sidecar so that a corn vendor in Davao would no longer have to push around a heavy kariton (cart). Barretto shared that the small vehicle was already being made. 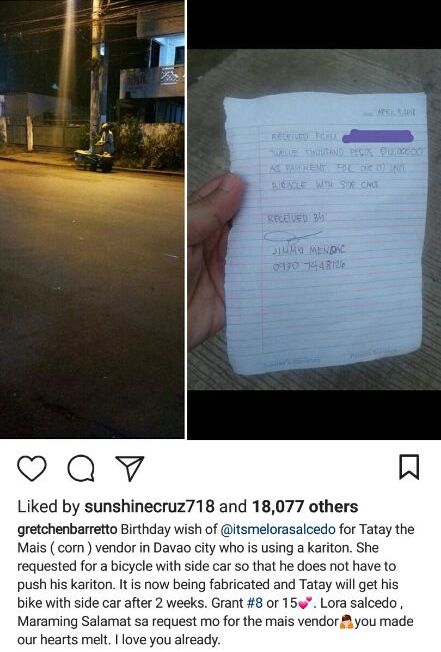 On her Instagram Stories, Dominique encouraged netizens to “keep those wishes coming” as she plans to grant 23 of them as she turns 23 on April 22.  /ra