Sarah Geronimo gets ready for new solo concert: 'One of the biggest events in my life' | Inquirer Entertainment

Sarah Geronimo gets ready for new solo concert: ‘One of the biggest events in my life’ 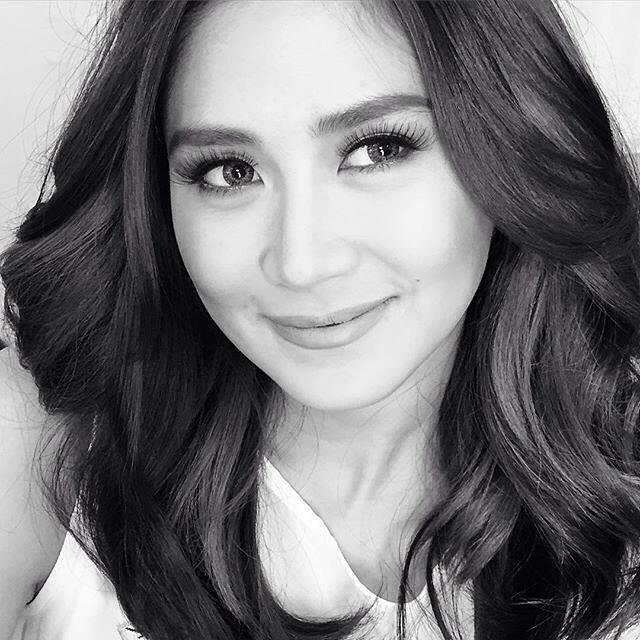 Sarah Geronimo revealed that the reason for her short absence in social media was due to preparations for her upcoming “This 15 Me” concert.

On April 3, the singer tweeted she would take a break from social media activity without stating a particular reason.

Come April 6, Geronimo resumed activity by posting several photos of herself during rehearsals in a dance studio. She wrote on the tweet, “Sa lahat ng curious sa pagkawala ko these past few days, eto na po… I took a short break para mag-refresh — to get ready for one of the biggest events in my life.”

(To everyone who were curious about my absence these past few days, here it is… I took a short break to refresh — to get ready for one of the biggest events in my life) 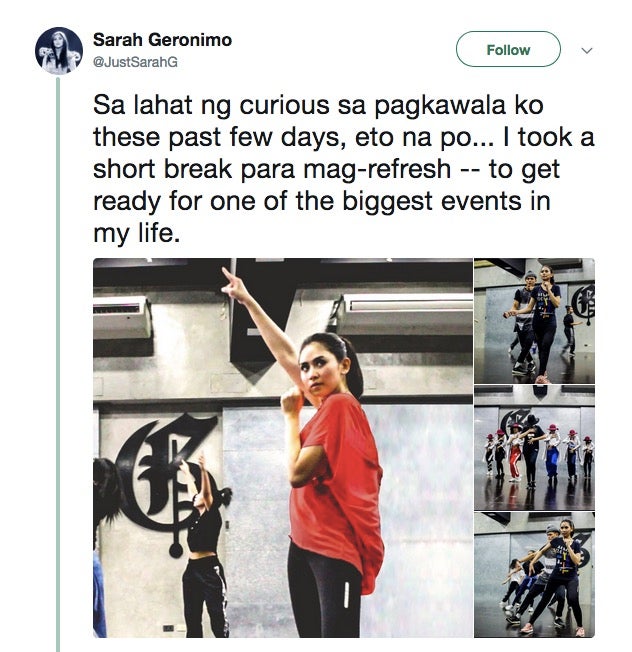 Geronimo further explained in several follow-up posts that preparations were quite demanding on time and energy. She said that the upcoming concert will be the biggest challenge in her career. Furthermore, Geronimo feels that being with the right, supportive people, and spending time with them to prepare is the key to a successful performance. 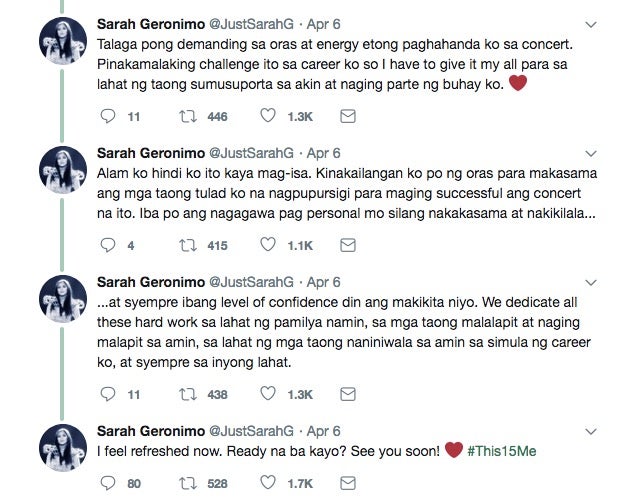 Director Paul Basinillo also tweeted the venue and date for Geronimo’s concert: April 14 at the Araneta. 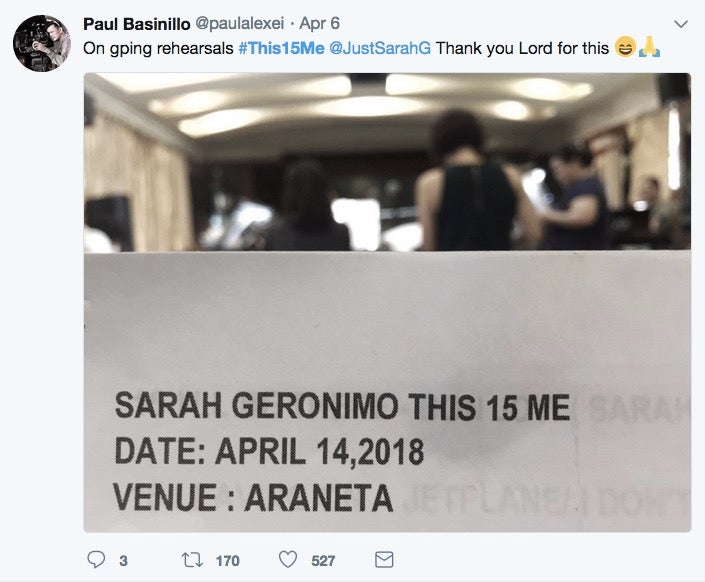 Geronimo’s last solo concert in the Smart Araneta Coliseum was “From The Top”, way back in 2015. She embarked on a tour of “From The Top” in various parts of the country in 2016. Last year, she starred in a movie with John Lloyd Cruz, titled “Finally Found Someone”. This year, last February, Geronimo performed at James Reid and Nadine Lustre‘s Revolution concert. JB

Sarah Geronimo celebrates with Matteo Guidicelli for his birthday

LOOK: Luis Manzano uses lines from ‘Taken’ to hit back at streamer vandal

TAGS: concert, Finally Found Someone, rehearsal, Sarah Geronimo, This 15 Me