Sarah Geronimo celebrates with Matteo Guidicelli for his birthday 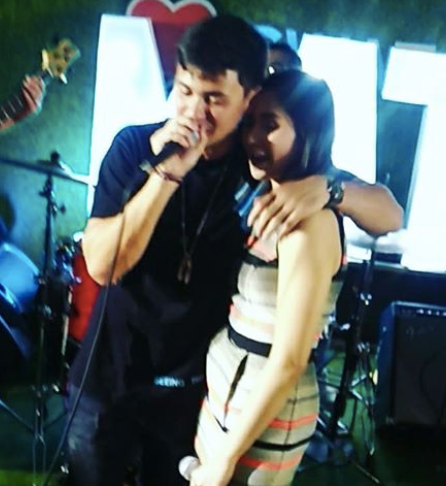 Because they are private when it comes to their relationship, seeing clips of pop royalty Sarah Geronimo and Matteo Guidicelli together is indeed a luxury.

Just recently, fans were treated to a good dose of AshMat updates when Geronimo  joined her boyfriend as he celebrated his 28th birthday.

In a series of Instagram posts by fan page @isgfan, sweet moments of the two were captured as Guidicelli turns a year older.

In one post, the two were seen exchanging a sweet hug. 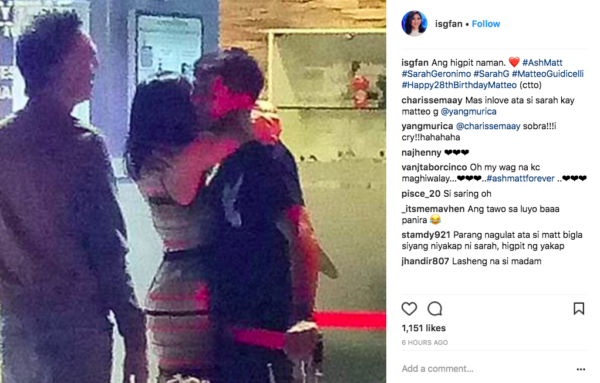 The two sat down with two of the pillars of Philippine music and television, brothers Rowell and Randy Santiago.

Kapamilya young star Sofia Andres was also there and she just happened to be Geronimo’s newest “girl crush.”

The two took to the stage and showed the audience why they’re fit for each other off and on stage. 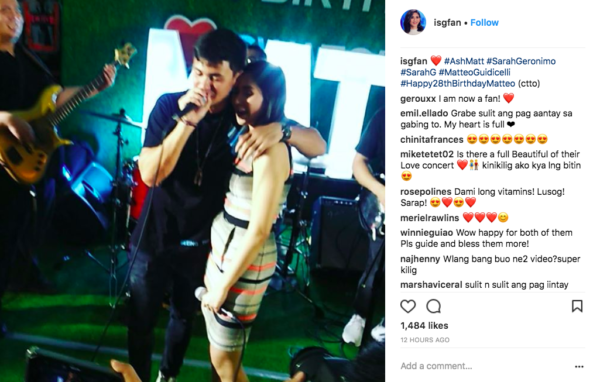 Although he’s the celebrator, he still serenaded his lady love with a song that he specifically dedicates for her, “Wag Ka Nang Umuwi.”

The two then held separate microphones and gave the audience a dose of their union.

A funny part of their performance showed Geronimo teasing her boyfriend that’s brought out by a particular line from a song.

Below are a few more photos from Guidicelli’s birthday celebration. 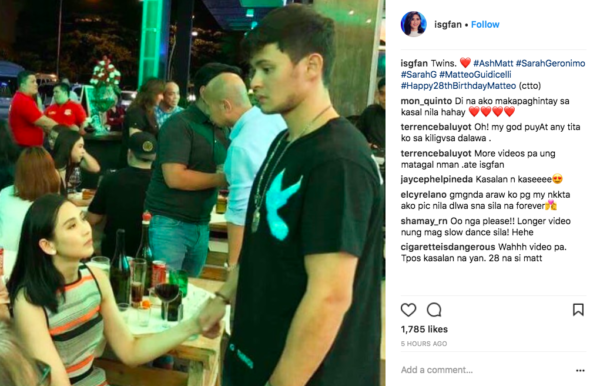 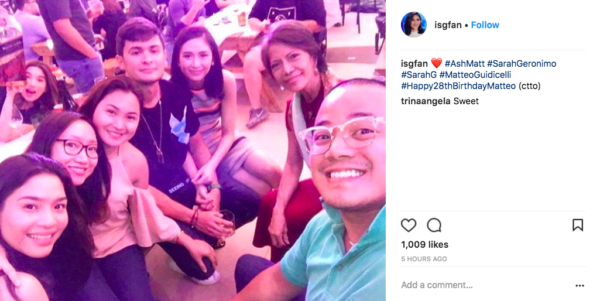 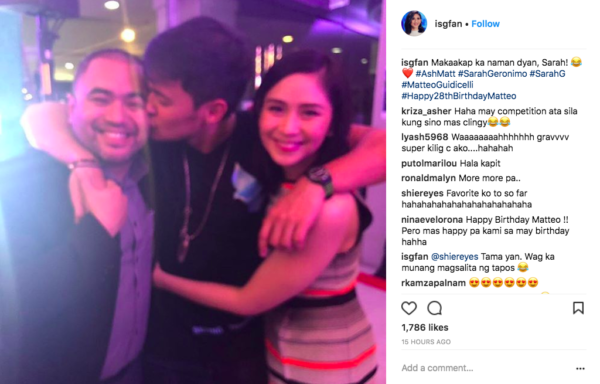 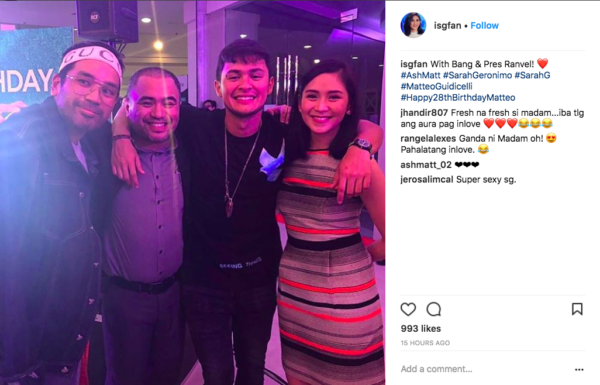 In Guidicelli’s previous interviews, he said being Geronimo’s boyfriend has its ups and downs. Some say that he only rides with the popularity of the pop royalty to make a leap into music. But his concert late last year called “Hey Matteo” at the Kia Theater showed that he definitely has the talent to carve his mark into the music scene with or without his famous girlfriend.