‘Never Not Love You’ is graded A by CEB 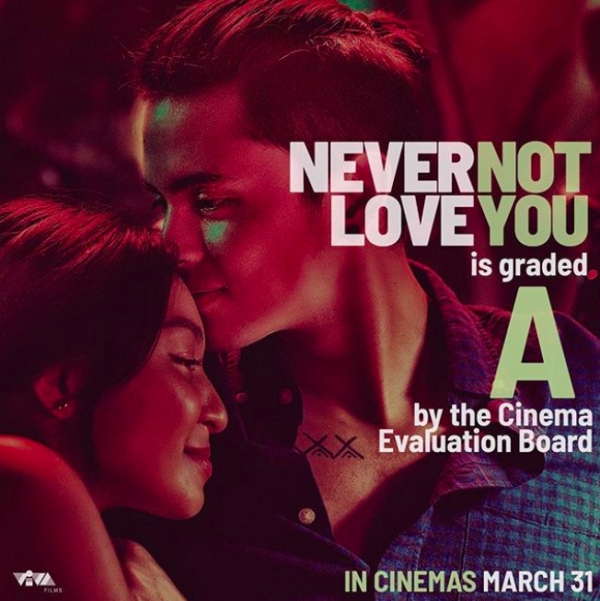 Upcoming James Reid-Nadine Lustre romantic flick is graded A by the Cinema Evaluation Board. 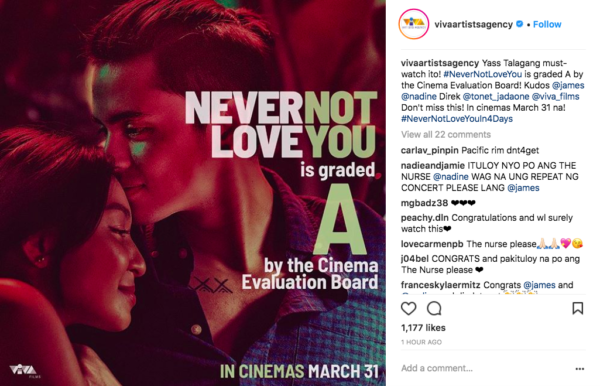 An “A” rating means that the film qualifies for a 100-percent tax rebate.

The movie’s trailer has got fans raving for it. However recently, the love team has been dragged into an unexpected controversy following blockbuster director Cathy Garcia-Molina’s Twitter exchange with netizens when she  said  that Jadine is “hard to work with.”

Molina stressed that she got her information from the movie’s director herself, Antoinette Jadaone and that she did not expect the conversation would escalate too much. She later apologized to Jadaone and producer Dan Villegas for making her thoughts too public thereby causing such online stir.

“Never Not Love You” premieres in cinemas on March 31.