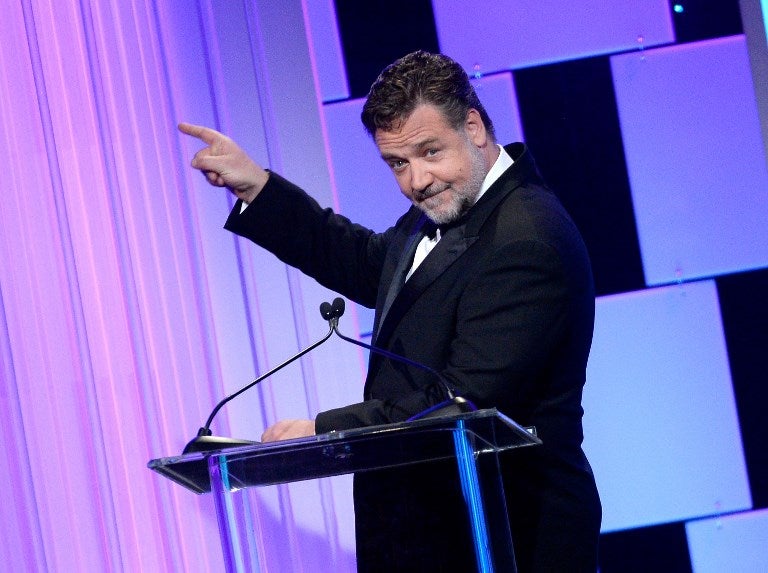 SYDNEY, Australia — Hollywood actor Russell Crowe’s unusual “divorce auction” of personal items and movie memorabilia, including “Gladiator” props and a leather jockstrap he wore in “Cinderella Man”, exceeded expectations and raked in millions of dollars for the Australian star.

The Sotheby’s sale of more than 200 items in Sydney, titled “Russell Crowe: The Art of Divorce”, was held late Saturday on his 54th birthday and brought in Aus$3.7 million (US$2.8 million).

“Not a bad hourly rate for a 5 hour shift,” Crowe tweeted after the auction.

Among the items that were fiercely contested was a fully functioning replica Roman chariot from “Gladiator”, which was estimated to fetch up to Aus$10,000 but went for Aus$65,000.

The brown leather boxer’s jockstrap from “Cinderella Man” was expected to attract Aus$500-Aus$600 but sold for Aus$7,000.

Crowe made a surprise appearance at the auction ahead of bidding for a 1890 violin created by Italian craftsman Leandro Bisiach Snr, which sold for Aus$135,000.

“It’s been a lot of fun putting it together for you,” he told bidders, adding that the violin, which he used during filming of the 2003 movie “Master and Commander”, was “very dear to my heart”.

Some of Crowe’s collection of artwork also went under the hammer with “The Suitor” by Australian painter Charles Blackman going for Aus$360,000, along with jewelry he had given to his ex-wife actress Danielle Spencer and sports memorabilia.

Singer said Crowe was “an avid collector” and the items had been kept by the celebrity in his Sydney and rural homes.

“He had rooms full of items and many items in storage,” Singer added.

“You wouldn’t even notice we had been in the house and taken the 227 items that we have on display here.” /cbb