LOOK: Maine Mendoza launches her very own ‘Humans of Barangay’ 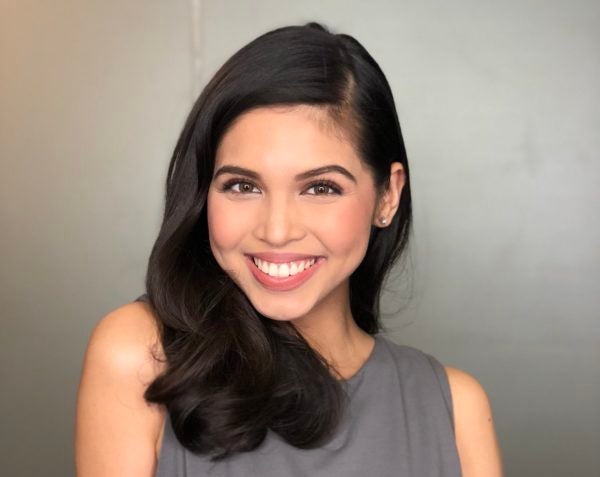 The Facebook page “Humans of New York”, created by photographer Brandon Stanton, has inspired millions of people the world over, mostly due to its portrayals of real people from all walks of life, whose stories encapsulate the sometimes heart-wrenching and sometimes bittersweet human experience.

Actress Maine Mendoza appears to be following in the footsteps of Stanton, as she took to Twitter last night to share her latest initiative “Humans of Barangay”. Mendoza is known to be on the streets most days, as she is one of the co-hosts of the “Juan For All Sugod Bahay” daily segment of the noontime show “Eat Bulaga”. This immersion she gets with all kinds of people is what compelled her to pursue her “Humans of Barangay” project, as she believes every person has their own story to tell.

“Every person has their own story to tell. That includes times of adversity that is filled with lessons, motivation and inspiration,” Mendoza wrote on Twitter. “Considering myself fortunate for being in Eat Bulaga’s Juan For All segment and having the opportunity to visit different barangays around the country, I would like to take this chance to collect stories from people I come across to every single day.”

“Inspired by Brandon Stanton’s Humans of New York, I am thrilled to announce that I am starting this ‘Humans of Barangay’ project,” added Mendoza. “My goal is to inspire more people through the stories of others. Hoping that this project will inspire us to be a better person in one way or another.”

Thus far, the page is still in its early stages, with only a couple of posts since its launch last night. Mendoza has first taken to sharing the stories of the people closest to her, her co-hosts themselves, who she gets to be with everyday on set.

(The best thing about being a comedian is the joy. I am able to give happiness to people. That’s easy for me. The catch is, sometimes, even when you’re already serious, people still won’t take you seriously, precisely because you’re a comedian.)

(Coming out is a personal choice. That cannot be dictated by anyone, more so by society, wherein you participate. Just take your time, though it takes a hundred years, it’s your decision. It’s because you will be the one who will open your own closet, not other people.)

Since its conception less than 24 hours ago as of this writing, the “Humans of Barangay” Facebook page has attracted over 16,000 likes, with the numbers still climbing, all for good reason.

Indeed people have their own unique stories to tell, as we are truly the best storytellers of our own tales. Mendoza’s new initiative helps in this aspect, in bridging gaps and bringing people together, whether if it’s giving a voice to the voiceless or just simply putting diverse stories to the fore. JB