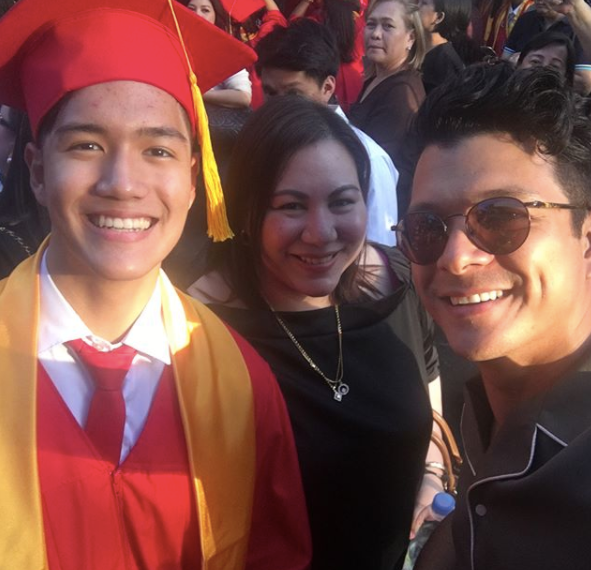 Rosales was evidently excited as he took time to interview school and cafeteria staff to give a message to his 17-year-old son.

One school staff member, a certain Ate Julie, said they would miss Santino: “Ambait nyo pa naman (you’re so kind),” she shared. Other staff revealed that he had a fondness for taho. 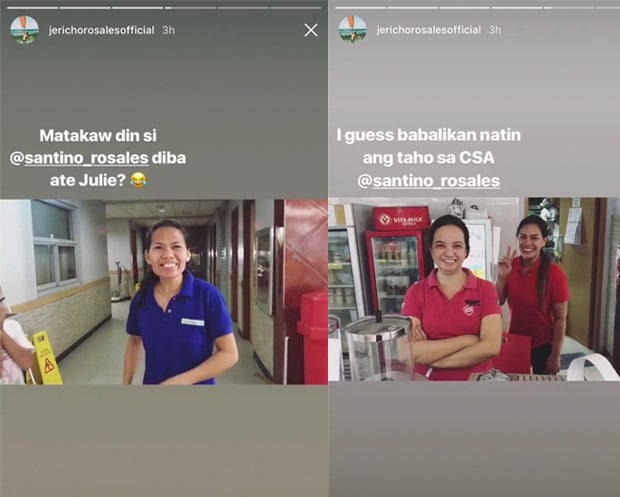 According to Palomares, their son will pursue higher education. “He will be off to university in a few months to continue pursuing his dreams & passion,” she shared on social media.

“I will never stop cheering you in all the roads that you want to take in life,” she said.

Palomares also thanked Rosales and his wife, Kim Jones, “For making our son’s family whole in the best modern way which all know how to do!”

Jones joined a celebratory meal after with Santino’s extended family. 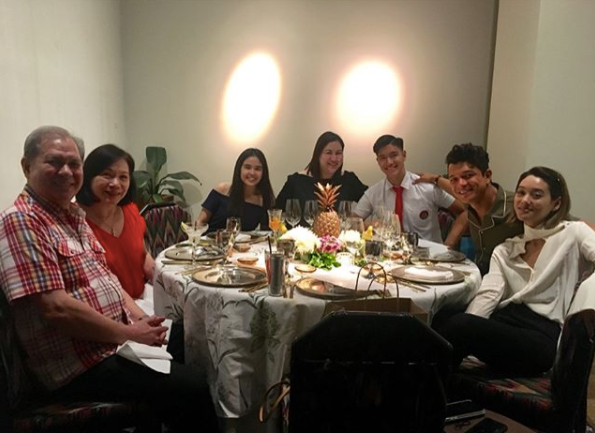 Rosales has previously asserted that he would prefer his son to veer away from showbiz.

“I have a dream for him and it’s not show business. I want him to be an Olympian,” he said last December on “Tonight with Boy Abunda”, explaining that his son loves sports. Aside from playing football, Santino has dabbled in modeling.

The supportive dad also said that they are constantly mistaken as brothers and considers himself “Saint’s” barkada. JB

Read Next
How to stop predators in show biz
EDITORS' PICK
Over 3 Million worth of prizes to be won at Smart Padala’s SENDali Manalo Promo!
Acer starts the year off strong with the Aspire Vero National Geographic Edition
DOH: 28,471 new COVID-19 cases in PH; active cases now 284,458
WHO urges manufacturers to provide COVID-19 vaccine data
QC gov’t to give free COVID-19 antigen test to residents on January 19
Gear up and get ready to play with Yamaha Mio Gear
MOST READ
Cold-case investigation names surprise suspect in Anne Frank’s betrayal
On Day 2 of implementation, gov’t says workers now exempt from ‘no vax, no ride’ policy
Czech anti-vax singer dies after deliberate infection
Manila RTC judge inhibits herself from ‘Hilongos mass graves’ case
Follow @NGunoINQ on Twitter
Don't miss out on the latest news and information.