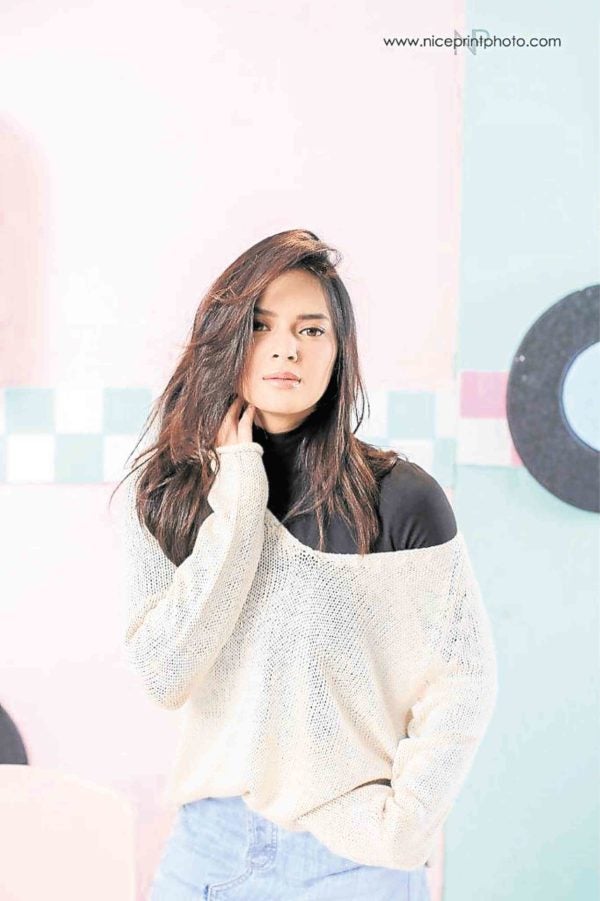 But the Kapuso actress said being no longer a minor didn’t necessarily mean that she now had to dive into more mature roles.

“I still have limitations. I want to take things step by step. There’s no need to rush,” she told the Inquirer in a recent interview.

“But yes, I want to improve myself, not just as an actor, but also as a person,” Bianca added.

On persistent rumors romantically linking her to her close friend and screen partner Miguel Tanfelix, Bianca said they choose not to put a label on their relationship.

“What you see on television is how we really are … We don’t pressure ourselves to be in a
relationship simply because people expect us to be in one,” she stressed. “We know what we are and what we have.”

She acknowledged, however, that Miguel, whom she has been working with for about eight years now, is “the guy closest” to her.

“He’s very important to me,” admitted Bianca when asked to name the most important man—that is, in her father’s absence—at her debut party at the Edsa Shangri-La hotel last Saturday.

Although she isn’t too keen on big celebrations, Bianca had agreed to hold a birthday party after much convincing. The last time she had one was when she was 7.

She said parties didn’t excite her; she would rather spend her special day at home, or go out for dinner with loved ones.

Having lost both her parents at a young age, Bianca was forced to mature faster than other people her age.

“Because of the experiences I have had so far in life, I have always felt like an adult,” she said. “I have been in charge of my own life for quite some time now. I do the budgeting, I take care of my expenses, and I think I’m doing well.”

Being independent, Bianca added, is a “big accomplishment.” “I’m proud of that fact, because it’s not easy, especially here in show biz … I don’t have to burden anyone just so I could move forward in life.”

Still, Bianca, who was raised by her paternal grandmother, cherishes the guidance of her family and older coworkers. “They remind me to stay humble, to not let being a celebrity get into my head,” Bianca said.