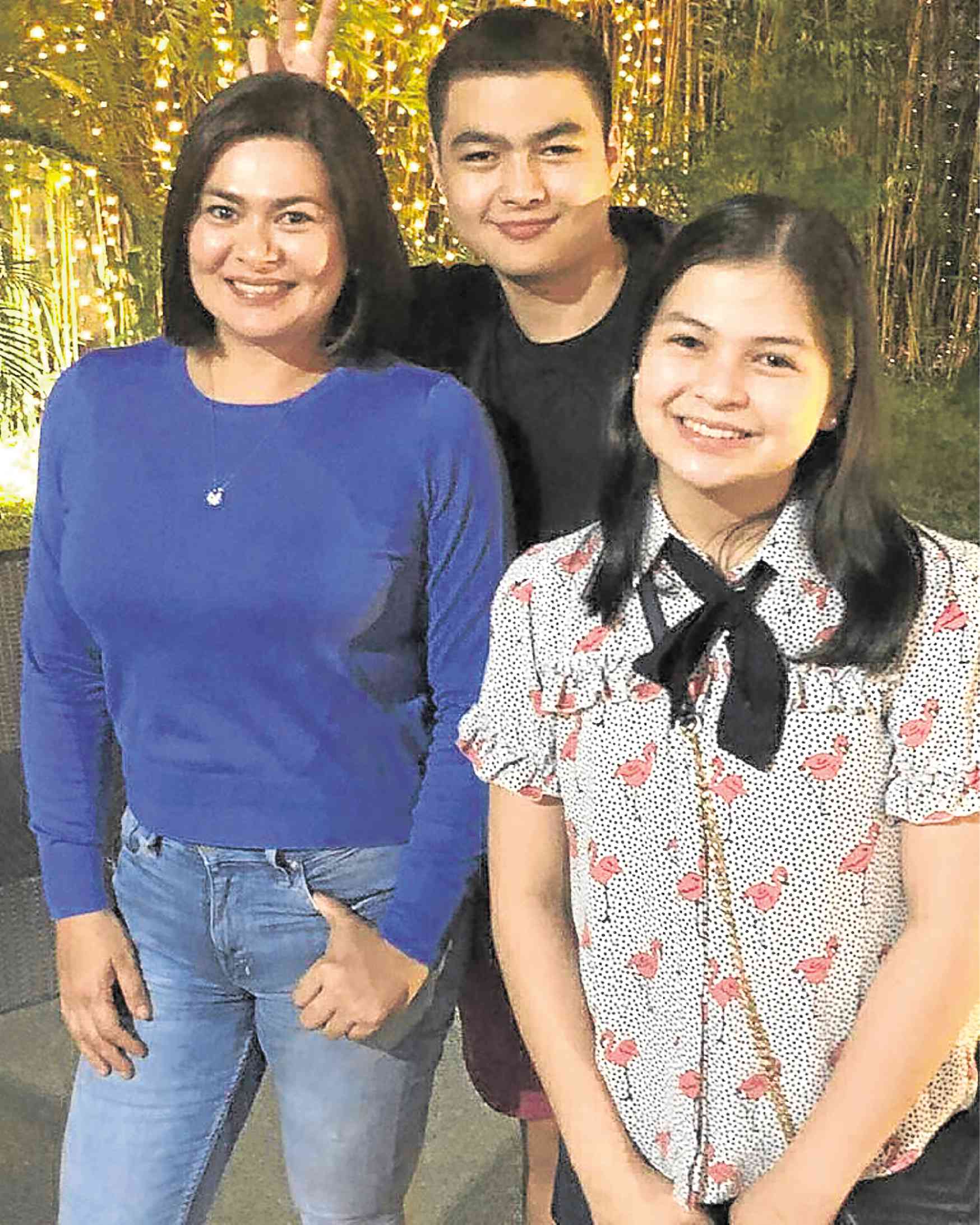 From left: Aiko Melendez with kids Andrei and Marthena

I never badmouth their fathers, even though I’ve gone through a lot of awful situations as a result of being with them,” actress Aiko Melendez said of the dads of her son Andrei, 19, and daughter Marthena, 11.

“I cover up for their dads, only because I don’t want the kids to think less of them,” she declared. “I came from a broken family, too. I know how it feels to have so much hatred for your father. That’s not a good feeling at all. I don’t want my kids to grow up that way.”

Andrei is the son of actor Jomari Yllana, while Marthena is the daughter of former fashion model Martin Jickain.

When it comes to important events in the lives of her children, Aiko said she’d make sure their fathers were well-informed. “I don’t require the fathers to be there; I just let them know, in case they want to be a part of it. I don’t want my kids to accuse me of not inviting their dads,” she explained. “If they fail to attend, then I’m not to blame. They then would have to personally explain their absence to their children.”

Aiko said she didn’t mind that she had to attend a “father-daughter affair” once for Marthena. “When it comes to their schedule in school, I do my best to be there for them.”

As far as financial help is concerned, Aiko claimed that “I never ask from their fathers. I do have a clear setup with Martin when it comes to Marthena’s school expenses. He insists on splitting school fees with me and providing Marthena’s allowance.”

With Jomari, Aiko said she never had any clear agreement. “I do not expect anything from him. I say ‘thank you’ when he offers help. I still carry the heaviest financial burden,” she said. “There are a lot of incidental expenses, especially when a child gets sick. You cannot tell the father, ‘I won’t be able to bring the child to the ER until you send money.’”

Being part of show biz makes being a solo parent a lot more difficult, Aiko observed. “Everything gets magnified. People make such a big fuss about it,” she explained. “It doesn’t help that there’s a stigma attached to being a single mom—that a man left this particular woman because she is not decent. That’s Filipino culture for you.”

However, Aiko said she took these demeaning comments as a challenge. “I want to prove that even if I’m alone, I can raise my kids properly and provide a good future for them,” she said.

As a form of advice to women who share similar experiences with her, Aiko said: “Life is never easy to begin with, whether you come from a broken family or not. The best way to handle a problematic relationship is to accept that it’s not going to work out… I left because I didn’t want my kids to see me looking so unhappy. I don’t want them to suffer from it, too. I wished for them to live in an environment that has no tension.”

Aiko said it’s not unusual for her to receive messages from women who claim to have been abused, but have finally decided to break free.

“Sadly, our numbers are growing. That’s why I’m curious as to why there are hardly any TV commercials (TVCs) featuring single moms. I always see TVCs with perfect families. I hope advertisers would be inclusive, too,” she said. “They should also show how solo parents cope with life’s challenges—and how these women can be happy, too, even with just their kids around.”