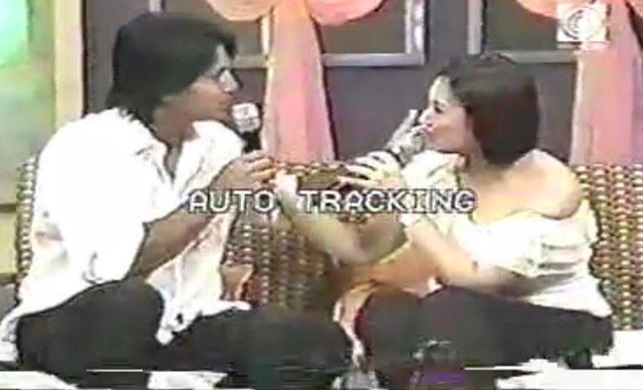 After her blockbuster reunion movie with ex-boyfriend Robin Padilla and her phenomenal mini TV comeback with ex-hubby Gabby Concepcion, megastar Sharon Cuneta did not let yet one of her equally remarkable team-ups go unnoticed. The past few days, she reminisced through another successful on-screen partnership, this time with ex-boyfriend Richard Gomez.

On Instagram, she collaged a photo of them together during her “Mega 30” concert last January 08, 2008. 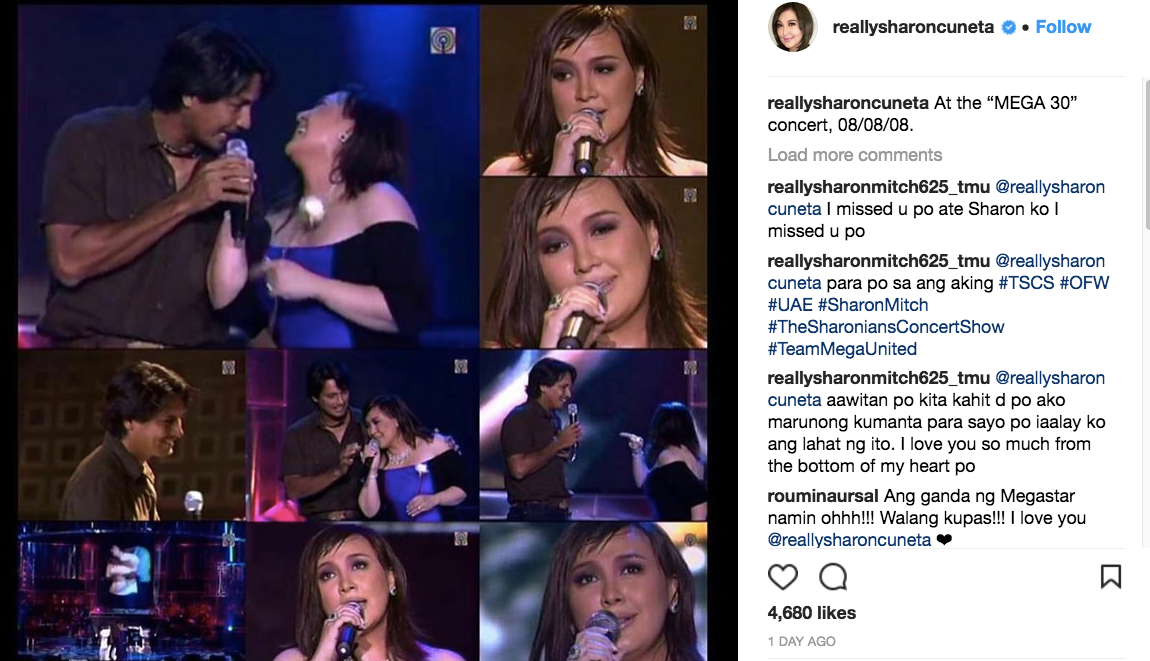 She also recalled one of their biggest movies, “Minsan Minahal Kita” in 2000. 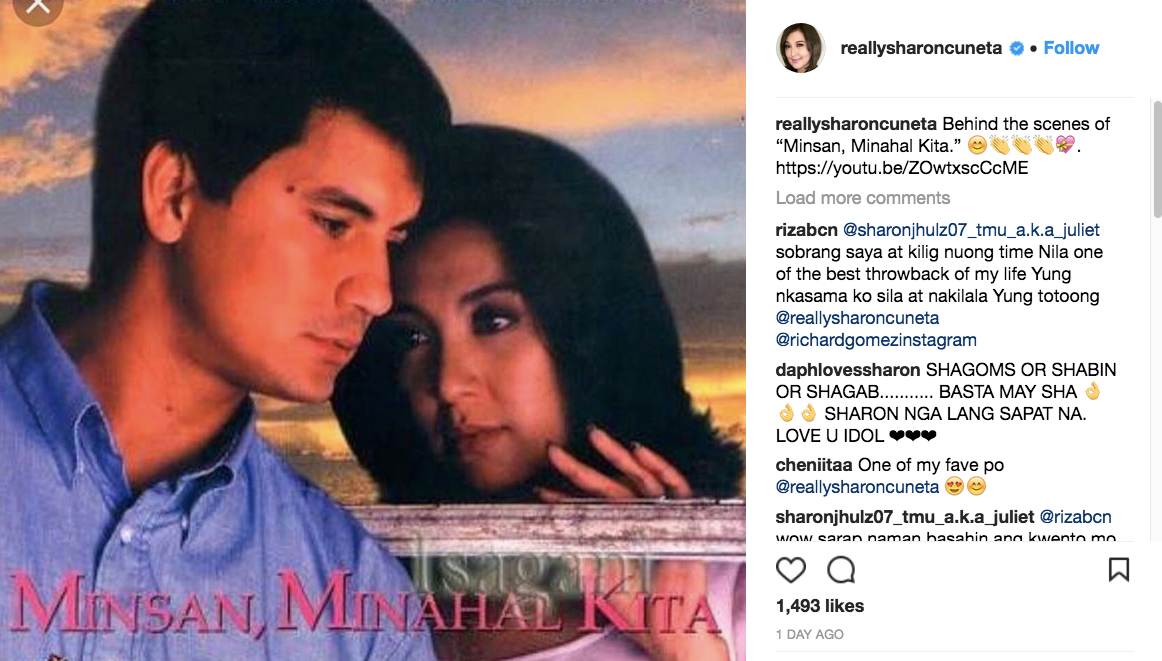 She also posted a screen grab of Gomez’ guesting on her now defunct talk show “Sharon” for their love team’s 15th anniversary. Taking from the captions, they were singing the song “Walang Kapalit.”

Gomez and Cuneta had been real-life lovers in their younger years. In past interviews, Cuneta had been open in saying that one of her most painful heartbreaks was with her tall, dark and handsome ex.

Cuneta on the other hand, met unassuming politician Francis “Kiko” Pangilinan with whom she stays married until this day.