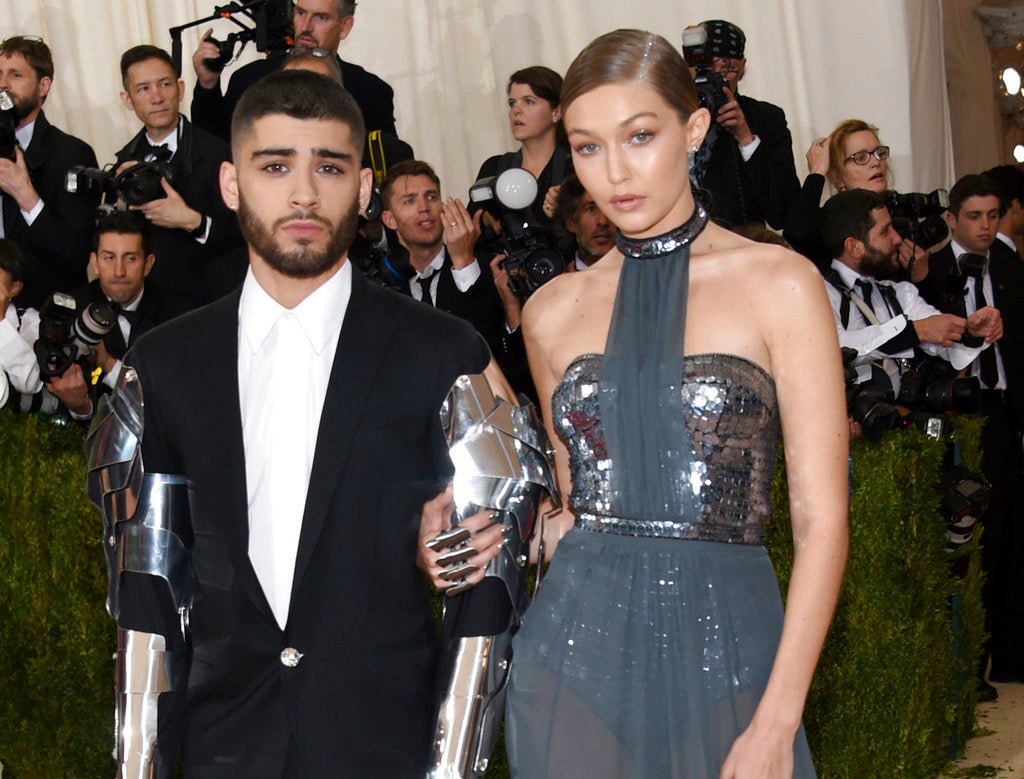 LOS ANGELES (AP) — Gigi Hadid and Zayn Malik confirmed on social media that their romance is over.

The 22-year-old model and 25-year-old musician each posted on Twitter Tuesday about the end of their two-year relationship.

Hadid wrote that she is “forever grateful for the love, time and life lessons” she and Malik shared, adding that “there is really no way to put into words what two people experience together over a few years.”

Malik said the two “had an incredibly meaningful, loving and fun relationship” and that he continues to respect and adore Hadid “as a woman and a friend.”

The Sun exclusively reported that the pair’s “crazy work schedules” was behind the breakup.

Hadid is a supermodel who has been featured by Versace, Fendi, Balmain and other high-end brands. Malik is a singer and former member of the band One Direction.

It appears the breakup has also extended to family as Malik unfollowed both his ex-girlfriend and her mom Yolanda on Instagram after he released his statement.

Rumors of the superstar couple’s romance began in Nov. 2015: E! News reports that the pair were spotted leaving the American Music Awards together. In Jan. 2016, they appeared in a flirty music video for Malik’s hit single “Pillowtalk”.

Their first official appearance together was in the 2016 Met Gala. Both fashionistas, the pair covered Vogue in Aug. 2017 and admitted they shared wardrobes. They also modelled for a Versace campaign together. NVG

Gigi Hadid Has Found Herself a New Popstar to Date: Zayn Malik