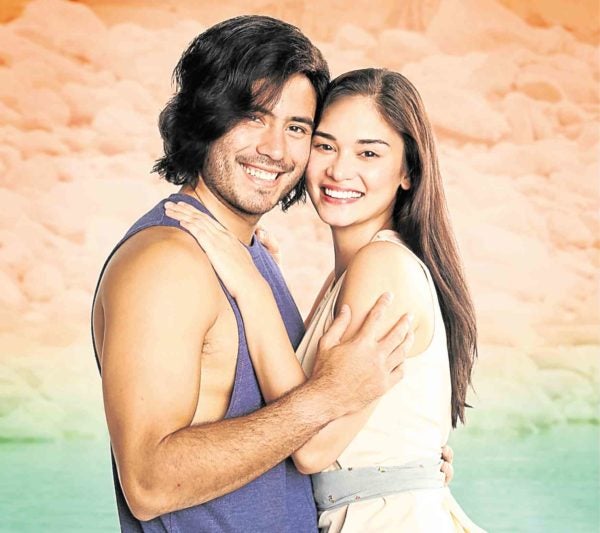 To motivate Gerald Anderson for his role in the rom-com “My Perfect You,” director Cathy Garcia-Molina said she had to “tame his ego.”

“I did this to see what else Gerald could do as an actor. I wanted to know his acting range,” Cathy said during a media gathering for the Star Cinema-produced film, which begins its theatrical run today.

As for Gerald’s leading lady, 2015 Miss Universe Pia Wurtzbach, Cathy said she stripped the latter of her beauty queen persona. “I made sure there was nothing queenly about her on the set,” Cathy declared.

Prior to shooting the film, Cathy said she told Gerald that she thought he wasn’t “handsome enough to be an actor—and that I didn’t think he was a good one.” She added, “I also said I’ve seen some of his movies, but I only liked his performance in his movie with Arci (Muñoz), ‘Always Be My Maybe.’”

Cathy also pointed out: “I don’t want to see the personalities of my actors in the characters they portray. That’s why I’m known for making them use wigs. Gerald knows that I’m painfully honest. I admire him for allowing me to restrain and tame him.”

She said she also confronted Pia: “I told her she looked fat, and that I don’t find her beautiful enough. I said I’m not sure if she had any acting skills to speak of, because this is only her second major film project.” Pia was first seen in Vice Ganda’s comedy starrer, “The Revenger Squad.”

Cathy, however, said she didn’t have a hard time taking off Pia’s beauty-queen aura. “She was game for anything. Pia would say she’s all right, even when she’s already bleeding from a scratched wound.”

Acting-wise, the director said: “Pia isn’t just capable of acting, she can deliver good acting. I know this because of one delicate scene, which I usually ask experienced actors to do. She was able to pull it off.”

Gerald said he has never worked as hard on any film project compared to this one.

“My performance in the film would not have been as convincing if not for Direk Cathy,” he said. “She’s very straightforward. She’d scream at me and say, ‘Anong klaseng acting ’yan?’ That’s when I know she’s displeased, and I’d reply, ‘Inutil acting, Direk!’ I know that she did all those to motivate me.”

Gerald added: “What she did really hurt my ego, but I accepted everything. I realized that she motivates all her actors the same way, even those who have no speaking lines.”

Pia, on the other hand, said she totally agreed with Cathy’s comments about her. “It’s true that I was fat when she first saw me. I had just returned from a vacation in New York. I appreciate her honesty. She is so real that when she says something good about you, you know she means every word. I will be replaying her positive comments in my mind for a long time,” she beamed.