Armie Hammer willing to join ‘Call Me by Your Name’ sequel 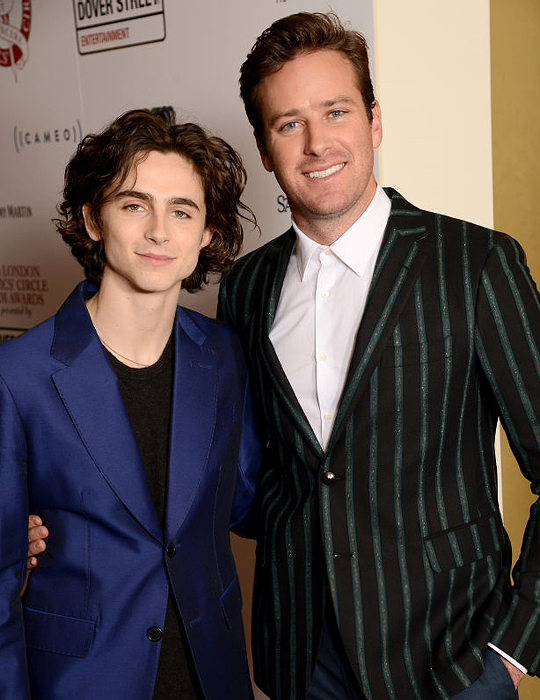 While Oscar-nominated film “Call Me by Your Name” isn’t a box-office smash hit by any standards, it has drawn critical success and fills a unique spot in cinematic history for its depiction of a same-sex romance.

Director Luca Guadagnino told USA Today on the Oscars red carpet that a sequel based on the book’s epilogue will be developed with the author, André Acima. It will be set five to six years later — the film was set in 1983 — and will involve the AIDS epidemic.

The sequel hopes to be released by 2020 for the actors to age with their characters.

Timothee Chalamet’s Elio should be 25 by then; the same age as the actor, while Armie Hammer’s Oliver will be 31, though the actor will be 34 that year. The director said the protagonists will be traveling around the world.

Hammer revealed during the Texas Film Awards that he was willing to be back for a sequel even if he wasn’t a major character, reports IndieWire.

“The experience of making the first one was so pure and beautiful that it wouldn’t matter how big my role was,” he said. “If the same people are involved, I’d do it all over again.”

He also said that Guadagnino has pitched the sequel to him. “Dude, he broke down the whole script for us. I mean, it’s not a finished script, but he’s got all the ideas for it.”

The coming-of-age movie based on Aciman’s 2007 novel was awarded the Best Adapted Screenplay during the Academy Awards for James Ivory’s work.

Chalamet’s stirring performance as 17-year-old Elio earned him an Oscar nomination at only 22 years old. He would’ve been the youngest Oscar-winning actor if it weren’t for Gary Oldman’s win for “Darkest Hour.”  Niña V. Guno /ra

Poignant truths, visual poetry fuel ‘Call Me by Your Name’

WATCH: New video for “Call Me By Your Name” song ‘Mystery of Love’