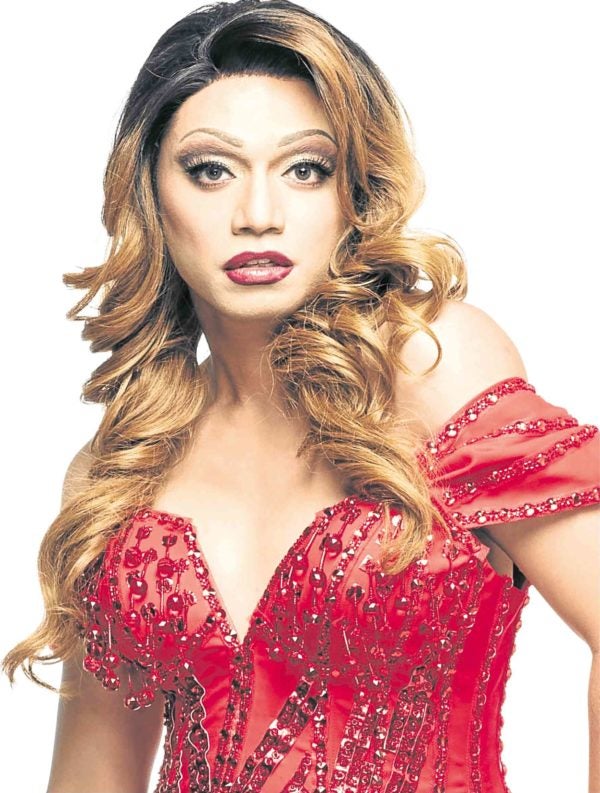 I immensely enjoyed watching “Kinky Boots” last year. It hit me in all the right spots. Lea Salonga kept raving about it and told me that it was her third time to watch the Tony- and Grammy-winning musical. Being the stage play icon that Lea is, you better take her word for it.

Due to insistent public demand, the Atlantis Theatrical Entertainment Group is mounting a repeat of the musical from March 2 to 18 (call 8919999) at the Carlos P. Romulo Auditorium (RCBC Plaza) in Makati.

My good friend, Nyoy Volante, outdoes himself in stage production where he portrays drag queen Lola. Nyoy and the rest of the cast endear themselves to the audience instantly. This time around, Nyoy’s wife Mikkie Bradshaw is part of the cast.

A celebration of love and friendship, “Kinky Boots” is a vibrant story about two men from different backgrounds who cross paths in an unexpected way. Charlie (played by Laurence Mossman) and Lola forge an unlikely friendship, which is as much the soul of the story as its brilliant music (by Cyndi Lauper).

Both pressured by their fathers’ dreams for them, they eventually come into their own. They make us realize that the world will become a brighter place if we stay true to our passion, even if people question our authenticity.

Here’s my chat with Nyoy:

What excites and makes you nervous about doing a repeat of the musical? It’s a wonderful role, so the chance to do it all over again is such a treat for me. But, the pressure of living up to the level of your past performance is always a concern.

Now that your wife Mikkie is part of the cast, will it make your job easier or more challenging? It’s easier, definitely. My wife’s presence is always an advantage for me in any situation.

What did the musical make you realize about gays and transsexuals? Nothing that I didn’t know before. We’re very much informed about them, even when we don’t try to be. But, it’s much different the minute you get the chance to live it. It’s quite amazing. You understand it on a higher level. I wish there was a way to put it into words.

What makes your marriage work? Us! We make sure we do everything together. It really is a partnership.

When you have your best friend at your side, whatever difficulty you have will always work out.

How do you and Mikkie avoid professional rivalry? In general, couples in the same industry should always remember that they’re first and foremost husband and wife. That should be enough to remind you that you’re not after each other. It’s worked out very well for us.

What changes would you like to see on the OPM scene? To be honest, I’m very happy with it right now. A lot of young songwriters are active, and there are lots of new acts emerging. I pray it grows even more over the years.

If you could sing only one song, what would it be and why? I wrote a song called “This is My Song.” It’s about a performer who is finally given a chance to show the world his talent.