Sunshine Cruz on taunting post of Cesar Montano's sister: 'What do you want from me and my children?' | Inquirer Entertainment
Close
menu
search 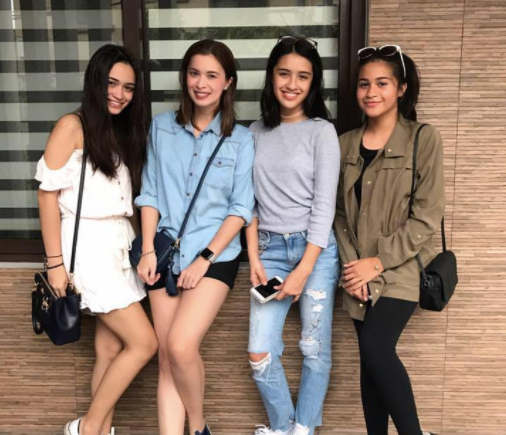 Five years have passed since Sunshine Cruz separated from estranged husband Cesar Montano. While it’s easy for some to think think that all is well and good between the two now that they have moved on, it seems such is not the case for Cruz.

Cruz took to her Facebook page last night after being irked by a remark made by Cesar Montano’s sister, Maria Mercedes. It came after Cruz’s three daughters with Montano met up to bond some time around January of this year; it seems, however, that Montano’s sister wasn’t too happy about the little reunion.

“Just be happy your brother is still allowed to see his children,” Cruz addressed her ex-sister-in-law, unable to contain herself. “Took him 2 years to see them after you and your other siblings also reacted negatively when kids saw him accidentally in Resorts World.” 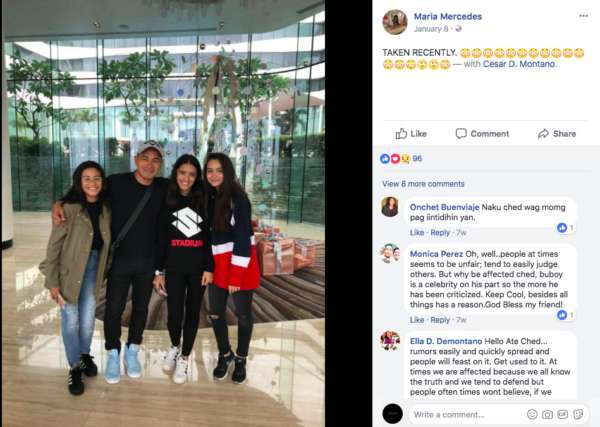 Mercedes, apparently, commented on the picture of Montano with his daughters with a quote about karma, presumably alluding to Cruz and her daughters.

“You can at least try to focus on being a good Christian,” Cruz continued. “Puro Bible verses pa man din ang Facebook mo pero kabaligtaran naman ang pinagagawa mo samin ng mga anak ko. 5 years na ayaw niyo pa rin talaga lumubay.” (Your Facebook is filled with Bible verses and yet you do the opposite to me and my children. It’s been five years and still you won’t leave us alone.)

Cruz added, “Nagpakalayo-layo na kami pero ayaw nyo talaga kami patahimikin (We already went away but you really won’t let us have peace). What do you want from me and my children?” 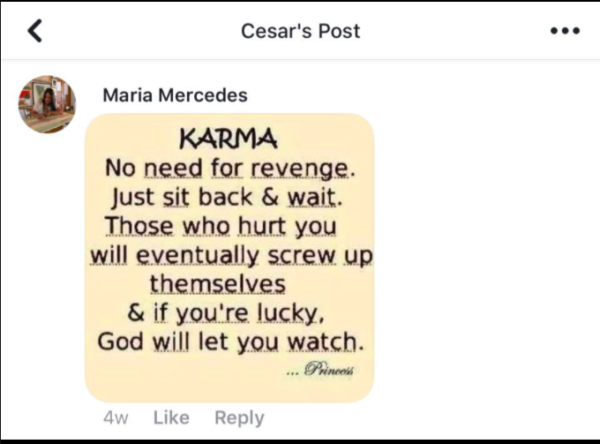 Cruz further expounded about the issue between her and Mercedes, saying Mercedes has been that way towards her daughters and her ever since.

“Pati anak ko di pinatawad nyan. Mabuti nga binibigyang chance pa ng mga bata ang kapatid nya. Masyado silang takot na mapalapit ulit ang mga bata kay ex.” Cruz said. (Even my children were not spared by that woman. It’s even good that the children are giving her brother a chance. [She] is too afraid that the children would again be close to [my] ex.”

She addressed Montano, saying if he cannot protect his children from his siblings, then he should just stop posting photos of them. 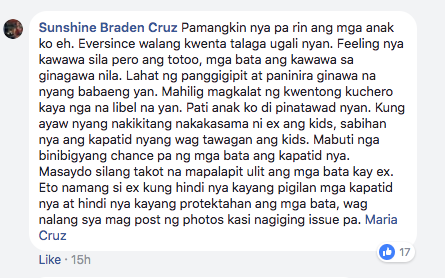 Cruz also lamented about how Mercedes does not to like seeing her children with their father. JB