Bela Padilla tells netizens to ‘deal with my belly’ 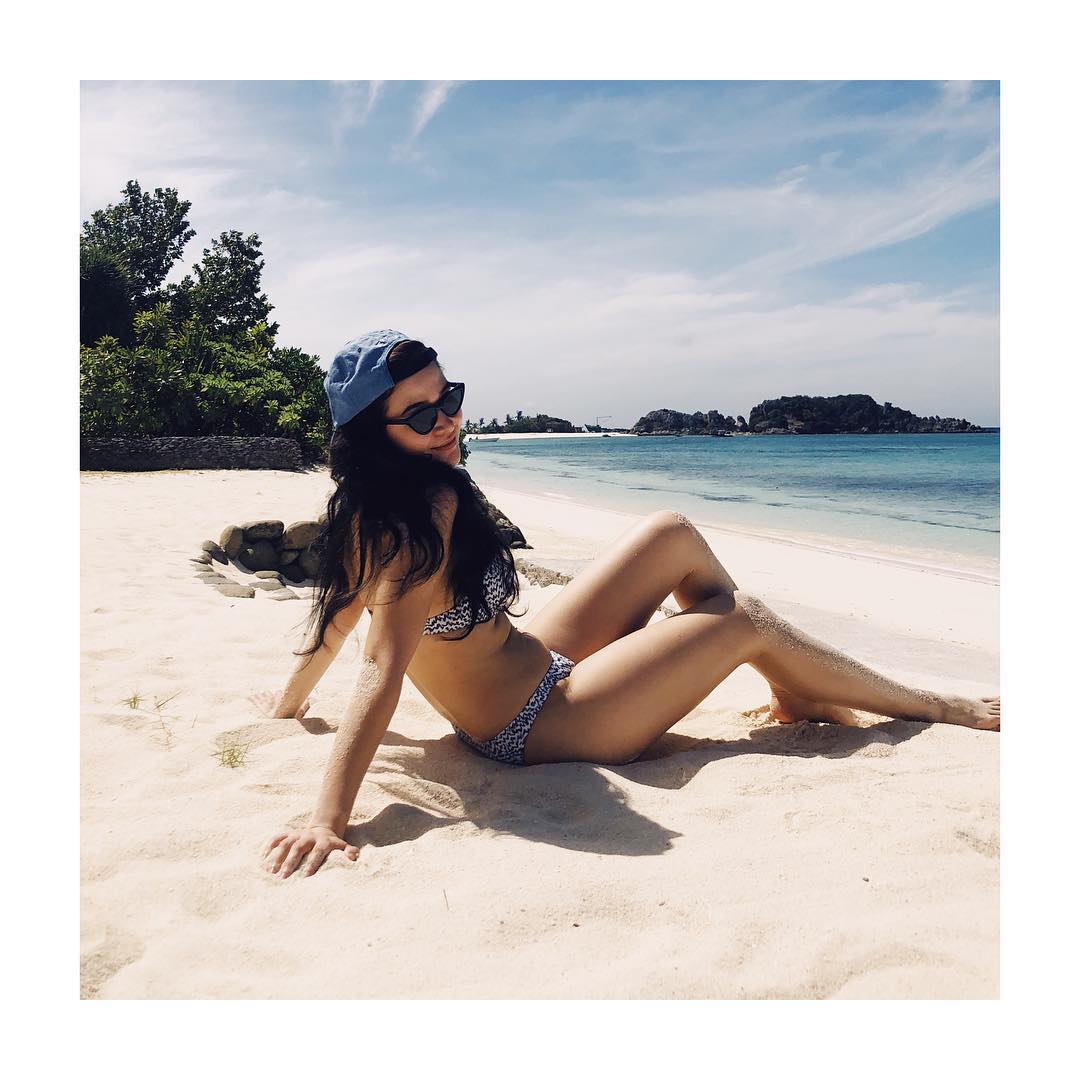 Bella Padilla became surprised at the number of comments referring to her belly in an Instagram post. In turn, she told netizens to just “deal with it.”

While netizens’ comments were not particularly negative, mentioning her belly one too many times might have prompted the actress’ response.

Padilla replied through two tweets. The first post contained a sassy admission that, yes, she has a belly. She said, “It holds in my organs that I need to live. It has a layer of muscles that I worked hard for in the gym and a layer of fat from the food I enjoy to eat. Deal with it.”

She also pointed out that she was seated, hence the bulging effect. 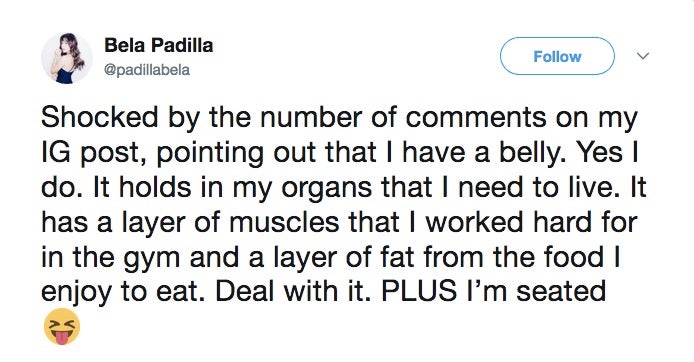 A follow-up tweet brought up the issue of photo editing. Padilla asked, “Would it have made you more comfortable if I edited my photo to perfection?”

She noted how easy it would have been to do so, but lamented on the kind of message it would send to younger people. Padilla wanted to avoid spreading the idea that photos are only likable because the people in them look perfect.

“Not from me. NEVER,” said the actress.

Netizens chimed in their agreement, saying her opinion on editing photos for the sake of looking perfect made them love her even more. /ra

LOOK: Xander Ford buffs up for 2018, netizens poke fun at his ‘foundation’

Kim Chiu overwhelmed after finishing a duathlon without proper training