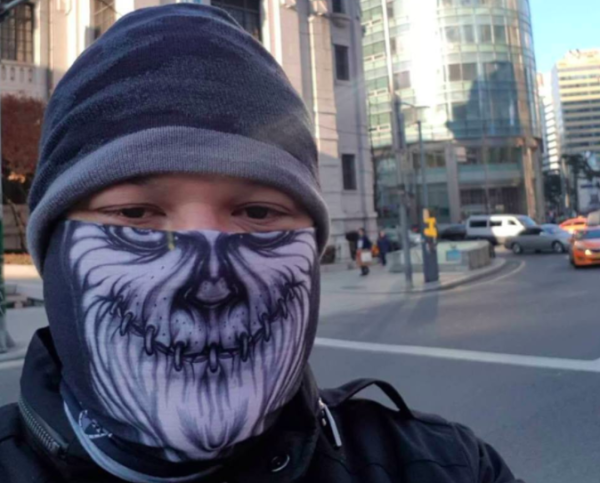 There is dignity in restraint. When presidential son Paolo Duterte first mocked the EDSA People Power Revolution and Kris Aquino on his Facebook account last Feb. 20, the latter refrained from adding fuel to the fire by peacefully reaching out to Duterte.

It is known that Duterte resigned as vice mayor of Davao City last Dec. 25 and has since made his return to the public this month through an overhaul of his social media. His post on Feb. 20 read: “The commemoration of EDSA is a reminder of a broken promise 30 years since. 2 Aquinos and the corruption that prevailed.”

He then told her to go play PS4 instead, and added an #eatshitanddie hashtag in the end. 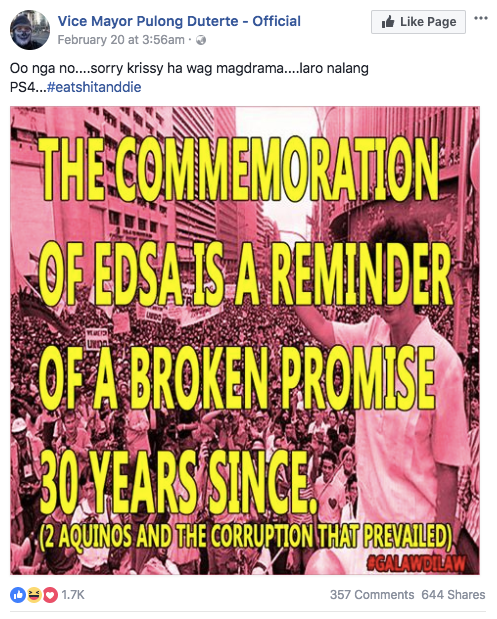 Aquino, on the other hand, kept her cool and reached out directly to Duterte in her social media accounts. She tagged Duterte in her Instagram post yesterday, suggesting they meet and talk things through.

“This is a message to @pd375 on IG, @vicemayorpulingduterteofficial on FB… you mentioned me in your post by name & I feel it is only proper to reply. Sorry Paolo, I don’t know how to play PS4,” wrote Aquino. “But in this instance I’m not my mother’s daughter, but instead my father’s, who believed that everything could be worked out through face to face dialogue.”

Aquino told Duterte that they could have either coffee or San Miguel beer, and promised that she won’t be dramatic when they come face to face.

“May I invite you to have coffee (I endorse Nespresso) or we can have a San Mig (I’ve endorsed them too & I’m cool w/ the lemon flavored) if that is your preference,” wrote Kris.

Aquino clarified that she and Duterte have never met nor have they been personally introduced; she shared that it is only Veronica “Kitty,” President Rodrigo Duterte’s daughter, she met, and that was eight years ago while campaigning for brother former President Benigno “Noynoy” Aquino III.

“Too much bad blood has already been manufactured between our families… We have the chance to hear each other out,” Aquino continued. “Kung tanggihan mo ko Paolo- I shall respect that. I shall await your decision & pray that my effort won’t be snubbed.”

Thus far, Duterte has not replied to Aquino. He was last seen in public when he flew to Macau and Hong Kong with siblings Sara, who is mayor of Davao City, and Sebastian “Baste” on Sunday, Feb. 25, for the Tapang at Malasakit Alliance’s civic rally with overseas Filipino workers.

The civic rally was celebrated on the same day that the 32nd commemoration of the EDSA People Power Revolution was held at the People Power Monument in Quezon City. President Duterte’s absence was noted in both celebrations. /ra