Vice Ganda eats out at an eatery and bonds with fans 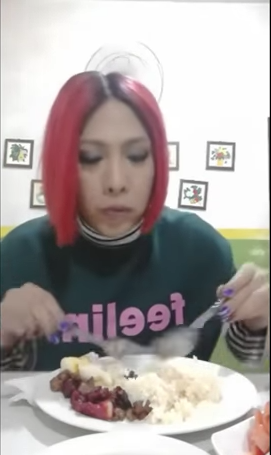 He is truly luxury and humility combined.

Kapamilya comedian Vice Ganda has once again jetted off to a spontaneous adventure when he, without any qualms, ate dinner at an eatery just like any regular Filipino.

In a 13-min video uploaded yesterday by The Pinoy Channel, Vice Ganda and his crew decided to alight from his luxury vehicle and dine at a sidewalk food house.

The overwhelmed crowd drew themselves closer to the comedian and asked for photos with him which he gamely agreed to.

They then stopped by an eatery and chose their meals from among the array of food in the counter.

At one point, the “unkabogable” star was focused as he eats his dinner. As he finished eating, he still welcomed fans who wished to have a photo with him.

As he approached his van, fans started to swarm at him again and as seen in the video, a commotion started to ensue. When he got in, Vice Ganda was heard of saying, “Hindi tayo tinulungan ng baranggay, dinedma tayo ng baranggay.”

Vice Ganda has always been proud of his humble beginnings. Growing up in a challenged community in Manila, he has experienced living a deprived life. Thanks to his incredible talent as a stand-up comedian, he was then able to progress his stage from the comedy bars around the metro to television. Now, he is among the most successful stars of his generation. /jpv