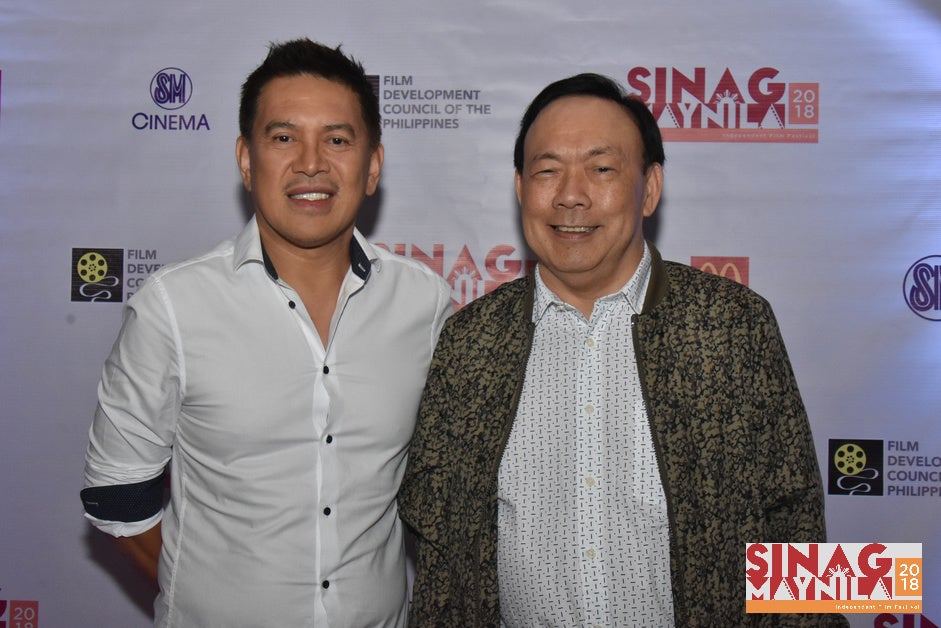 The Sinag Maynila Film Festival: Sine Lokal, Pang-Internasyonal presents its finalists for the Full Length, Short Film, and Documentary categories. Now on its fourth season, Sinag Maynila remains true to its advocacy as the roster of films this year capture the artistic storytelling that appeal to international film festivals.

Sinag Maynila CEO and Founder Wilson Tieng and world-renowned and internationally acclaimed film director Brillante Ma Mendoza are grateful for the unwavering support of the sponsors, film and entertainment industry, and the media since the launch of the festival back in 2015. The immense success of Sinag Maynila paved way for the international recognition of Tu Pug Imatuy (The Right To Kill) and Kristo in the Tokyo International Film Festival last year.

Similarly, the following Full Length films are in the running for more international recognition. While some of the finalists have already been screened overseas, all films will be screened and made available in Philippine cinemas for the first time through Sinag Maynila.

A young woman is found unconscious in a city street – claims to be another person who was brutally murdered two months earlier – escapes from a psychiatric hospital in order to prove her identity and find the truth about her life, her death, and her murderer.

BOMBA (The Bomb) by Ralston Jover

Pipo makes ends meet by taking on the toughest jobs.  Life is more difficult because he’s deaf.  He supports himself and his teenage lover Cyril. His irate boss is getting difficult and Ben, his childhood friend wants his daughter Cyril back. Like a bomb, Pipo’s ticking to explode, anytime soon.

Abner lives a drab, downcast, solitary existence. His wife has abandoned him for good. Working for pest control company Panther, his job remains his sole connection to the outside world. It seems going nowhere until he meets Viola, a client whose existence is as sad as his. As sexual tension between Abner and Viola turns to illicit affair, Abner devices something that will eventually lead to a tragedy that will change their lives forever.

Presented in Glorious Cinema – O – ke! A feminist documentarian, a pickup artist, and a virgin’s lives collide. Aries Santos is a Fil-Aus feminist documentarian who is struggling to complete her new film. Her subjects are the male members of ‘©TRU MALE DYNAMICS’, a company formed to teach men how to seduce women. Meanwhile, a sex worker named Melody slays into the night. The line between reality and fiction blurs, and blood is shed on the neon-lit streets of Melbourne.

TALE OF THE LOST BOYS by Joselito Altarejos

A story of the friendship between two men — Alex, a Filipino mechanic, and Jerry, a Taiwanese aborigine student. The two meet randomly when Alex flees to Taipei from Manila and a casual conversation develops into a surprising personal connection between them. The two men go on a road trip and eventually reconnects them with their mothers and both discover a certain sense of identity and freedom.

The following titles are the finalists for the Short Film and Documentary categories:

In celebration of the 100 years of Philippine Cinema, Sinag Maynila independent Film Festival 2018 is partnering with the Film Development Council of the Philippines (FDCP) and CineLokal. For a hundred years of filmmaking in the Philippines in the hands of native-born filmmakers starting with Don Jose Nepomuceno in 1917 (with the establishment of his company, Malayan Movies), the history of Philippine cinema has gone through diverse and unbridled periods. It began with the colonial period under Spanish and American rulers, it has survived a tragic war under the Japanese, enjoyed an advancement during the post-war independence, went through the period of Martial Law, and has transformed in the modern digital era.

For the week of March 7-15, Sinag Maynila and FDCP have lined up special screenings, forums, and workshops to further highlight the 100 years of film in the Philippines.

Read Next
Vice Ganda eats out at an eatery and bonds with fans
EDITORS' PICK
Look Through: The fate of impounded stray dogs
Unleash the photographer in you this World Photography Day with vivo smartphones
Metro Manila’s COVID-19 cases on downward trend, but surge not over — OCTA
Palace warns sugar hoarders after raid on Pampanga warehouse
House energy committee chair Arroyo bats for cheap electricity
What to watch out for when selecting a video surveillance solution
MOST READ
Man abducted in Batangas gasoline station, found dead in Quezon
Nica del Rosario to wed partner in Australia
LOOK: Miel Pangilinan dazzles in glittery pre-debut shoot
Vice Ganda dismisses rumors he broke up with Ion Perez: ‘Masaya kami’
Don't miss out on the latest news and information.