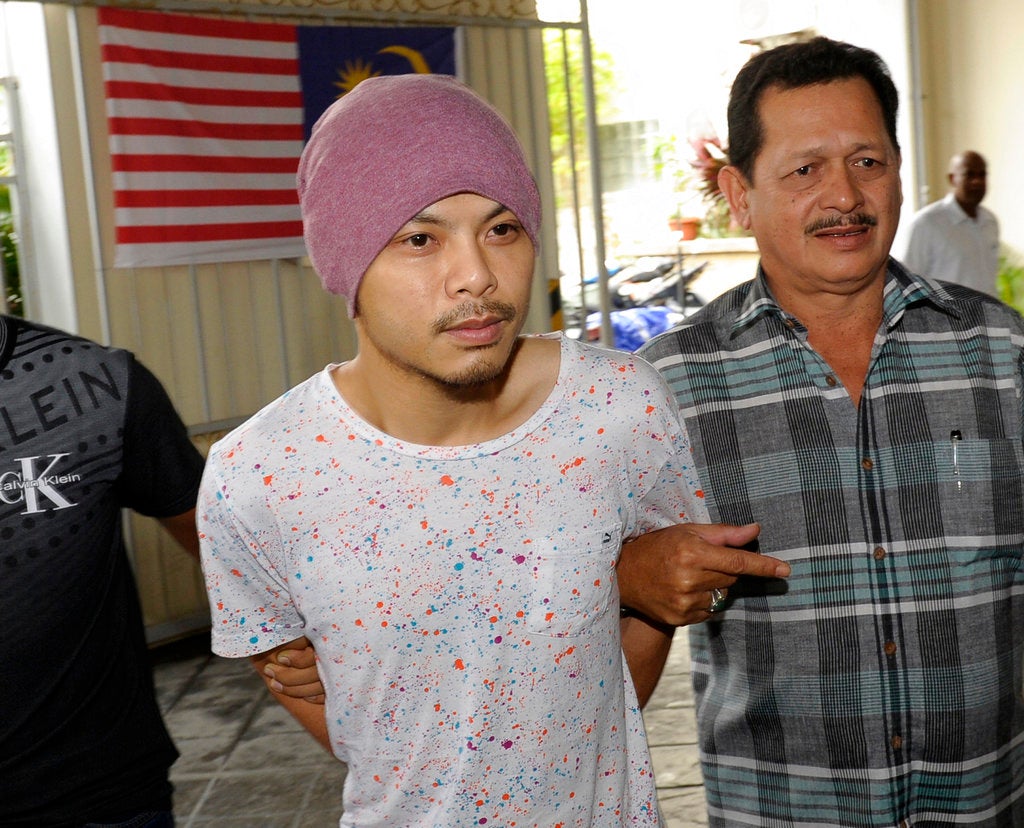 In this Aug. 22, 2016, file photo, Wee Meng Chee, left, a Malaysian rapper popularly known as Namewee, is escorted by plainclothes policemen on his arrival at the magistrate court in Penang, Malaysia. Malaysian police said in a statement that Wee was detained Thursday, Feb. 23, 2018 after they received four public complaints that his video marking the Chinese year of the dog had “insulted Islam and could negatively impact racial unity and harmony.” (AP Photo/Gary Chuah, File)

It was the second time in two years that Wee Meng Chee, popularly known as Namewee, has been investigated over his music videos.

Police said in a statement that Wee was detained on Thursday after they received four public complaints that his video marking the Chinese Year of the Dog had “insulted Islam and could negatively impact racial unity and harmony.”

In the video entitled “Like a Dog,” Wee sits on a chair in a public square in the government administrative capital of Putrajaya with dancers wearing dog masks around him. Several of them mimic the “doggy-style” sex move. A green domed building in the background led some people to speculate it was filmed in front of a mosque, leading to criticism, but Wee later said it was the prime minister’s office.

The song includes the sounds of dog barks from various countries. In an apparent reference to government corruption, Wee sings that dogs in Malaysia go “mari mari, wang wang,” which in the Malay language means “come come, money money.”

Several ministers have called for Wee to be arrested. He has defended the video as a form of entertainment and said he has no intention of disrespecting any race or religion.

Earlier Thursday, Wee posted a picture on Facebook of himself at the federal police headquarters, as police invited him for questioning.

“I am not afraid because I believe Malaysia has justice,” he said.

In 2016, he was detained after enraged Malay Islamic activists lodged complaints that a video titled “Oh My God,” which was filmed in front of various places of worship and used the word “Allah,” which means God in the Malay language, was rude and disrespectful to Islam. He was not charged.

In one of his earliest videos, he mocked the national anthem and was criticized for racial slurs. He also produced a movie that was banned by the government in 2014 for portraying national agencies in a negative way.

Race and religion are sensitive issues in Malaysia, where the ethnic Malay majority has generally lived peacefully with large Chinese and Indian minorities since racial riots in 1969 left at least 200 people dead. /kga