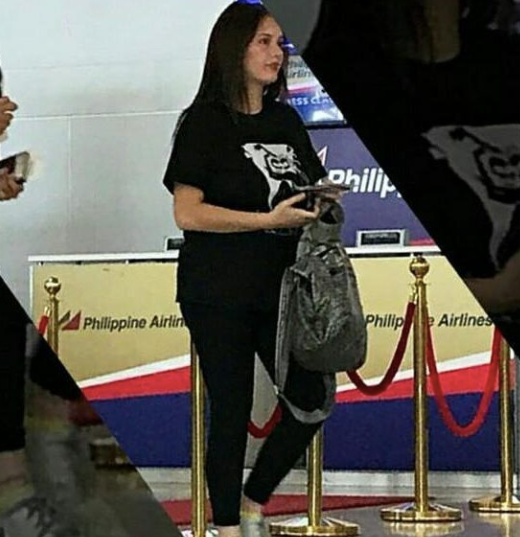 Could it be Ellen Adarna’s baby bump?

The sexy actress and her reported boyfriend John Lloyd Cruz have been the talk of the town for Adarna’s alleged pregnancy, which they neither confirmed nor denied.

Photos allegedly of the actress have surfaced in recent months, supposedly showing a growing baby bump — though the issue remains hotly debated.

Now, netizens are on a roll once again as supposed photos of the actress with Cruz make rounds on social media. This time, the bulge seems quite obvious.

INQUIRER.net also had an exclusive report about the two as they were seen in Osaka airport.

Also, in an Instagram post by page @jlc_ellen, the public was given a glimpse of the rumored current condition of the actress.

Judging from the photos, Adarna was caught in a loose black shirt and black leggings. Contrary to her usual perfectly toned, voluptuous figure, she appears to be bigger, especially around the tummy. 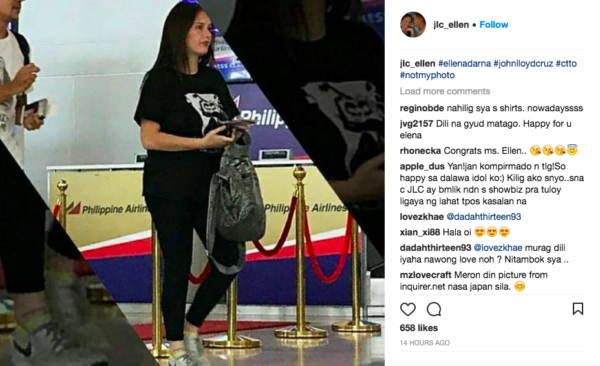 The next photo shows the couple together, both in casual wear. 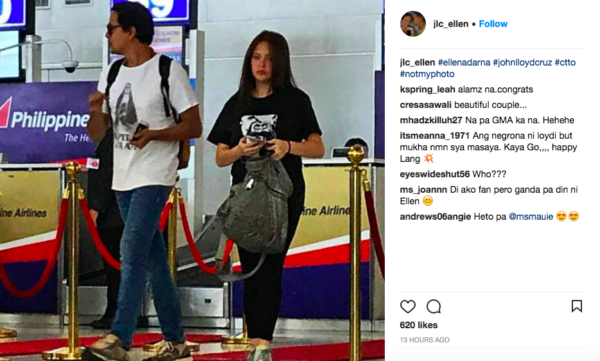 After teasing the public for months with their unapologetic photos, Adarna suddenly deactivated her Instagram account carrying the handle @maria.elena.adara and set up a private page now under the username @emg.a. /atm

Read Next
LOOK: Maja Salvador jets off to Vietnam
EDITORS' PICK
Leveling up your ‘lutong bahay’ with the kitchen companion you never knew you needed
SM prepares for ‘safe malling’
Notice of 2020 regular meeting of stockholders June 18, 2020
LIST: What to expect in areas under GCQ, MGCQ
Drilon wants repeal of penal provisions in proposed Bayanihan extension law
DOTr bares 2 phases of public transport revival in GCQ areas
MOST READ
LIST: What to expect in areas under GCQ, MGCQ
Duterte approves Metro Manila’s shift to GCQ starting June 1
Hong Kong loses US ‘special status’ — what next?
National Guard called to respond to Minneapolis violence
Follow @CAbanillaINQ on Twitter
Don't miss out on the latest news and information.