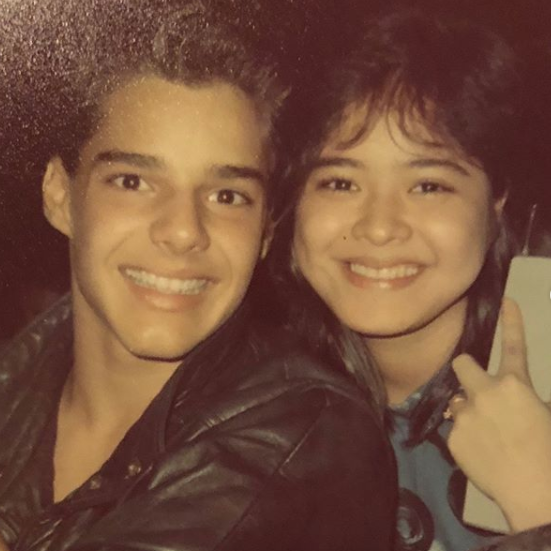 Undeniably, phenomenal star-producing youth-oriented show “That’s Entertainment” just might be the most “in” thing for Filipino teenagers in the ’80s. Internationally, among the acts that ruled the decade was Latin American boy band Menudo. And “That’s Entertainment” alumna Manilyn Reynes just fired up the envy of her fellow ’80s kids with throwback photos of her with no less than the members of Menudo.

Taking from the old, tainted photos, the ’80s sweetheart clearly went on fangirl mode as she took a selfie with the famous boys.

According to her story, the Menudo boys came to the Philippines and guested at “That’s Entertainment.” To the luck of the “That’s” kids, they were able to have dinner with them at the rooftop of the house of the late show’s founder, the late German “Kuya Germs” Moreno. 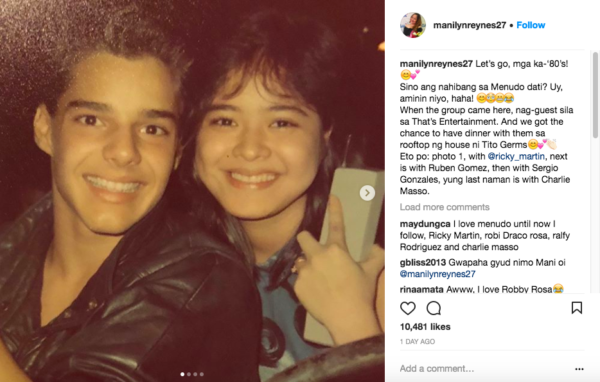 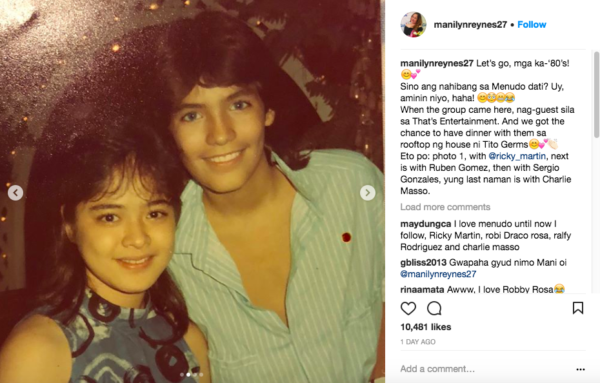 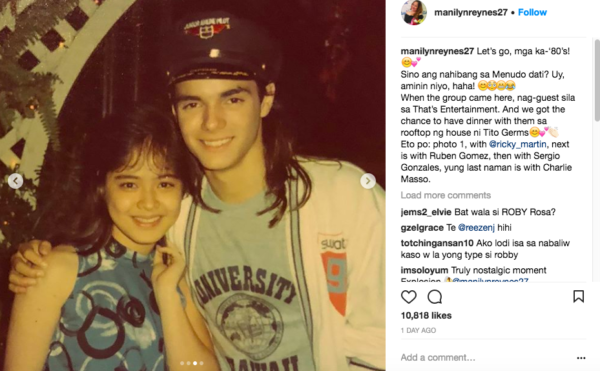 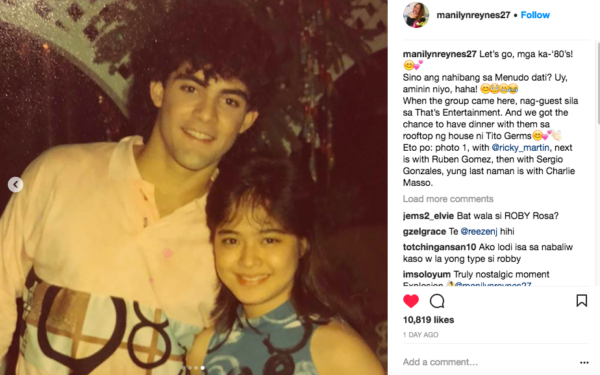 Earlier this year, the graduates of “That’s Entertainment” reunited to commemorate the memory of Kuya Germs. The reunion was held at Salu Restaurant in Quezon City, owned by Harlene Bautista and Romnick Sarmenta.