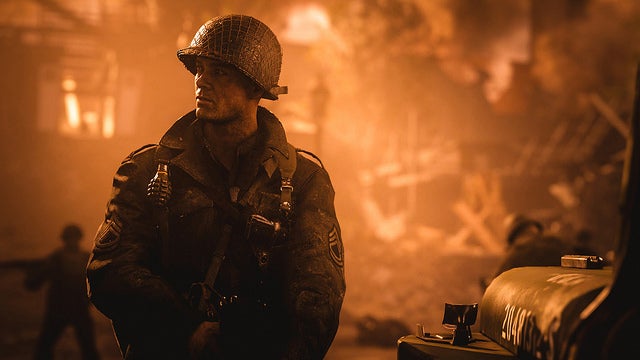 Video game publisher Activision Blizzard is taking steps to get a “Call of Duty” adaptation underway, with “Sicario 2” director Stefano Sollima said to be in talks over the project.

Italian director Stefano Sollima, whose first English-language movie arrives in the form of cross-border action movie “Sicario 2: Soldado” this June, is in negotiations to helm a “Call of Duty” film, according to Variety. No date or timeline for development was announced.

Sollima rose to fame as director on several TV series focused on Italian crime, perhaps most notably 2014’s “Gomorrah”, based on a book and film of the same name that came before it, and then the 2015 feature-length Netflix mafia thriller “Suburra”.

As for the movie’s storyline, Kieran Fitzgerald, who won a Satellite award for his adaptation of the biographical material behind 2016 spy thriller “Snowden”, and co-wrote Western “The Homesman” with its star and director Tommy Lee Jones, wrote the “Call of Duty” project’s treatment.

Also involved as one of the “Call of Duty” project’s producers is Activision Blizzard CEO Bobby Kotick.

He had a small onscreen role in sports drama and six-time Oscar nominee “Moneyball” and held a producer’s role on Netflix series “Skylanders Academy” which adapted another Activision property, the toy-game hybrid franchise “Skylanders.”

Joining him as named producers at this early stage are two other “Skylanders Academy” producers, Stacey Sher and Nick van Dyk.

Sher has a long history as a Hollywood producer, stretching back to “The Fisher King” and “Reality Bites” in the early 1990s, through “Get Shorty” and “Be Cool”, “Gattaca”, “Erin Brockovich”, “Garden State”, “Out of Sight” and “World Trade Center”, as well as a run of Tarantino films from “Pulp Fiction” through to “The Hateful Eight”.

The “Call of Duty” games started off in 2003 with a World War II focus but since then have roamed through the 21st century and into near and far future contexts, with the “Modern Warfare” sub-series set between 2011 and 2017, and last year’s “Call of Duty: WWII” returning to 1944. JB