Megan Young so in love with Mikael Daez’s ‘fatherly’ qualities 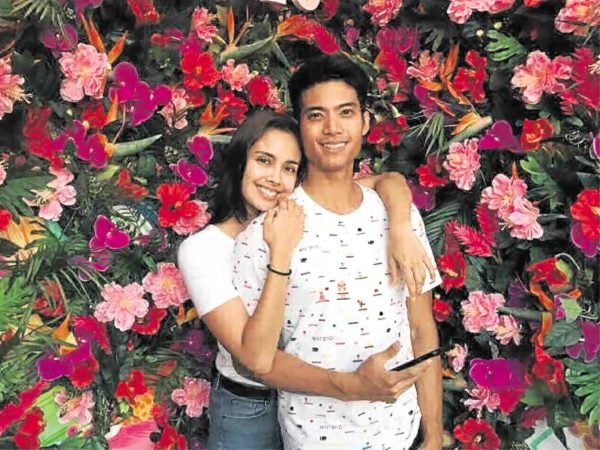 As a firm believer of keeping her personal life separate from her career as much as possible, Megan Young tends to be quite guarded when pressed to dish out details about her romance with Mikael Daez.

But it’s what works for them, she said, and could very well be one of the reasons she and her boyfriend have been able to maintain a healthy relationship for the past seven years—not something to scoff at, especially in the world of show biz.

“I’m a very private person so I get overprotective. And I hope people don’t take that against me. I understand that people are simply doing their jobs and have to ask questions. But a part of me doesn’t know how to say, ‘Can we please not talk about certain things?’ because I don’t want to offend people, too,” she told reporters at a recent press conference for GMA 7’s new drama series, “The Stepdaughters.”

Hope for the best

“So, I feel it’s just a matter of asking nicely if we can keep some things to ourselves,” added the actress, who did let on that she’s keeping her fingers crossed that Mikael is indeed “the one” for her. “If you’re getting into a serious relationship, you always have to hope for the best.”

Megan likewise related that being with 30-year-old Mikael has taught her the importance of communication.

“It’s one of the things that truly helped us grow,” pointed out the 27-year-old Kapuso talent, who admires her boyfriend’s “fatherly” qualities. “He’s very caring. He has eight siblings, and he’s someone they look up to.”

But the Miss World 2013 winner does seem to be starting to open up more about her love life of late, even sharing photos of her and Mikael’s sweet moments on Instagram once in a while.

“It’s nice that I can post about us when I feel like it. It’s nice to be as open as we can. But aside from that, we’re still very much private,” she said.

For “The Stepdaughters,” which airs weeknights starting Feb. 12, Megan and Mikael will be sharing the screen for the first time—something they had avoided for the longest time.

“We felt it would be difficult for us because we easily get distracted. That’s why we never visited each other on set,” she said. “That’s why now, we make it a point to stay away from each other when we have to study and memorize lines.”

Curiously, acting with a real-life boyfriend, Megan said, has been reassuring and awkward all at once.

“We have been together for so long, but there’s still that hiya factor, especially when I have to hurt him or something,” she said. “I think it’s just a matter of changing my perspective; I have to look at him and see a coworker.”

“But at least, when I have to do a kissing scene, it’s my boyfriend I’m with,” Megan quipped.