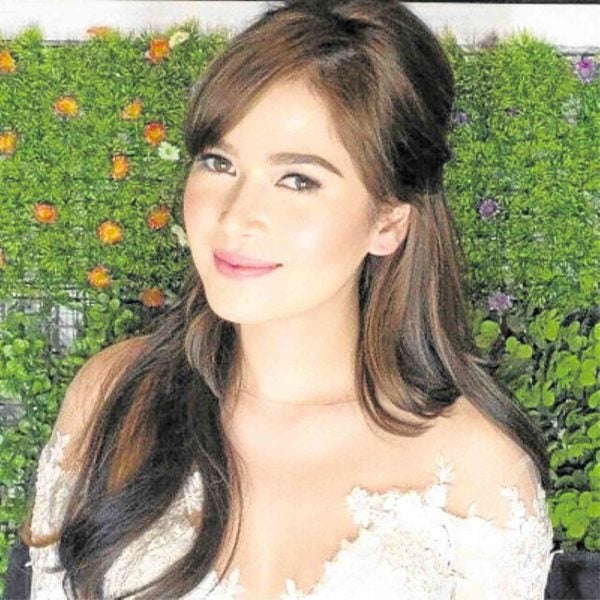 I’m against casual dating,” declared Bela Padilla, who swore she has yet to find a boyfriend more than a year after breaking up with producer and businessman Neil Arce.

“I’m old-fashioned. I don’t go out on dates because I always think of what my mom (Meg Cariño) would say if she’d see me with random guys. I live by myself, but I’ve retained the values I learned from her,” Bela told reporters over lunch hosted by Spring Films, producer of Irene Villamor’s latest romantic film, “Meet Me in St. Gallen.”

She admitted that there were suitors, “but none of them are from show biz. I have yet to find someone who complements my personality.”

What Bela enjoys doing is engaging in “long and personal conversations” with guy friends. “I like asking them questions to get to know them more. I also want them to know me better. I guess that’s why they feel like they want to court me. It’s not a conscious thing,” she explained.

“I’d rather not comment on that aspect of his life,” she said of Neil, who has found love in the arms of his longtime friend, actress Angel Locsin. “The goal of press cons like this is to spread the word about the movie, and not about my personal life.”

She added: “I feel that the work should speak for itself. I don’t think they would watch the film on the basis of my being single and available.”

In “St. Gallen,” Bela got to work opposite Carlo Aquino, who recently called it quits with Kristine Nieto, his girlfriend of seven years.

Bela said she stopped herself from asking Carlo about his personal affairs, especially the rumor that he is now playing sweet music with ex-girlfriend Angelica Panganiban.

“I didn’t want to meddle. What I know is that his breakup (with Kristine) is still fresh to him,” Bela said.

As for Angelica, who’s also a friend of hers, Bela said: “She’s happy now and has already recovered (from her breakup with John Lloyd Cruz). She is the type who makes light of sad experiences in her life.”