Will Timothée Chalamet be the youngest Oscar best actor winner at 22? 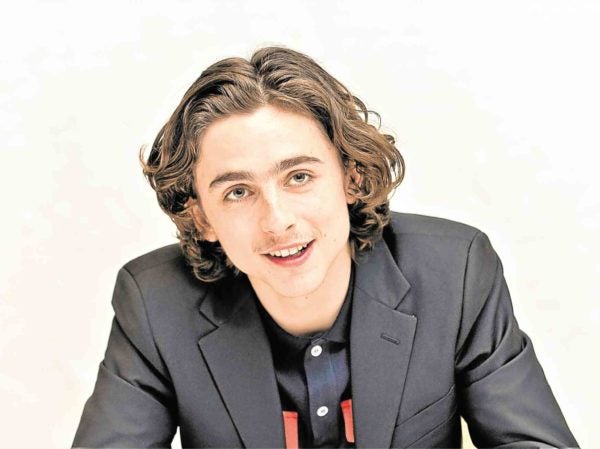 LOS ANGELES—Timothée Chalamet, 22, who gave a heartbreaking turn in “Call Me by Your Name,” is the youngest Oscar best actor nominee since Mickey Rooney in 1940.

As director Luca Guadagnino’s poignant coming-of-age drama based on Andre Aciman’s novel is shown in more countries around the world, many people are suddenly curious about the actor who plays Elio. Audiences everywhere are moved by the performance of the young man (whose name is pronounced as “Timo-tay Shala-may”) who falls in love with Oliver (an equally good Armie Hammer)—an intern of Elio’s father (Michael Stuhlbarg) in northern Italy in the summer of 1983.

Amid his emerging sexuality and the beautiful Italian landscape, 17-year-old Elio gradually engages in a seductive courtship with the 24-year-old Oliver. Timothée is a natural, an appealing presence with his soulful eyes and curly locks who captures the puzzling giddiness and angst of first love.

When they finally make love, Timothée’s Elio spontaneously clambers up Armie’s Oliver, ecstatic and unsure at the same time. The closing credits features an extended closeup of Timothée whose eyes and face, lit by the flickering flames of a fireplace, is probably the most eloquent scene without any words spoken in recent cinema.

The New York native seems to be everywhere, all of a sudden. He’s Kylie, a bad boyfriend to Saoirse Ronan’s titular character in Greta Gerwig’s “Lady Bird.” He’s Pvt. Philippe DeJardin in Scott Cooper’s “Hostiles,” a western starring Christian Bale. Like “Call Me…,” both “Lady Bird” and “Hostiles” are must-see films.

You may have seen Timothée as Matthew McConaughey’s son, Tom, in Christopher Nolan’s “Interstellar.” Or as Finn Walden in the series, “Homeland.”

Friendly and easygoing in person, Timothée will be seen next in Felix van Groeningen’s “Beautiful Boy” and Woody Allen’s “A Rainy Day in New York.”

There’s a lovemaking scene involving a fruit in “Call Me…,” so he was asked about peaches. “There’s always like some sort of flashback, like I’ll take the peach, I’ll start eating it,” he answered with a boyish grin. “Then, I’m back in a little attic in a small town in Italy.”

“I love how it plays out, like two guys are wrestling (laughs),” he said when complimented about how spontaneous he was when Elio and Oliver made love for the first time. “Elio doesn’t really know what he’s doing, so he was thinking, I’m going to start wrestling because that seems like something you would do if you were lost. I wish I could say there was an exact thing I could draw from, but I haven’t had this fiery summer romance. Hopefully, later in life.

“It was a challenge but ultimately a blessing to have that source material and characters who are so complex and meaty, because it feels like you could go in any direction, particularly as a teenager blossoming sexually. Whatever shape it takes. You’re not restricted, unlike if you were in a period piece playing somebody who was well-known throughout history.”

On having crushes, Timothée commented, “Yeah, those feelings of seeing somebody you’re attracted to for the first time brings about all sorts of feelings of pride and insecurity. I always think back to the first time Elio and Oliver make love in the movie. I thank Luca Guadagnino, our director, for allowing us to play with it.”

Asked if he has ever cried for love, Timothée replied, “Yes. What I love about the movie so much, particularly that peach scene, is that it starts in a place of instinct, then it lands in a place of devastation and melancholy that’s washed over the characters. Certainly in my own life, not necessarily romantic love, but it’s the people who love you the most who you’re most vulnerable to.”

He told us more about himself. “I spent a year at Columbia University in New York,” he began. “Now, I’m trying to finish at NYU. It’s getting a little hard because this stuff (acting career) is pulling me in this direction. It’s hard to go back in a classroom and say to a teacher like, ‘Well, I just had an interview (laughs).’

“I was born and raised in Hell’s Kitchen, New York (he still lives there). I come from a show business family of sorts. My grandfather was named Harold Flender. He wrote a number of screenplays and books, most notably ‘Rescue in Denmark,’ which is a World War II Holocaust rescue book. My uncle, Robin Flender, is a director. My mom, Nicole Flender, was an actress. My aunt (Amy Lippman) is a screenwriter, so yeah (laughs), I was cursed. I’m kidding.”

With such a show business pedigree, Timothée started early, appearing in commercials, even short horror films and “Law & Order.” He made his debut onstage in “The Talls” off-Broadway and in feature film via Jason Reitman’s “Men, Women & Children.”

But entering LaGuardia High School, aka the “Fame” school, changed his perspective. “When I got to LaGuardia, acting was something to be taken seriously. In the first year, they break you down. You do repetition exercises—things of that nature. By your senior year, you’re doing musicals. Then, I did the TV show, ‘Homeland,’ in my senior year. Since then, it’s been kind of a start and go with projects here, school there. I got to finish (school) at some point.” 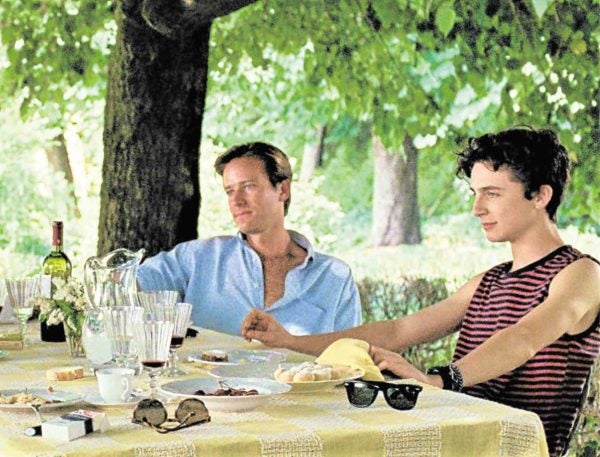 Timothée Chalamet (right) and Armie Hammer in “Call Me by Your Name.”

Acting is his passion. “One of the things I struggle with is what to do with myself when I’m not shooting, because theater and acting are what I’m passionate about.”

“I’m realizing how fortunate I am to have parents who support this,” Timothée said. Dad Marc Chalamet, an editor at Unicef, is French, while his mom is American of Jewish heritage. “Certainly, in the arts, to have parental guidance or support is a big plus.”

In real life, Timothée had a memorable summer, too, but probably not as dramatic as Elio’s. “There was a summer that I was in Paris. There were some first crush mechanisms. She was in New York, and I wasn’t around this person. So, it was a very ‘angst-y’ summer walking around Paris, listening to Edith Piaf and moody French singers.

“I always look back at that summer because it was the summer I was about to jump into a play in New York called ‘The Talls.’ It felt seminal for me, because I did this play. Acting was a hobby then, but by the time I finished the play, I was thrilled. I was in love with acting. That was the real start.”

On actors he admires, Timothée felt blessed to have recently acted with two. “I got an opportunity (‘Hostiles’) with Christian Bale, who’s one of my favorite actors. I just had an opportunity (‘Beautiful Boy’) to work with Steve Carell, as well. I also like Joaquin Phoenix, Scarlett Johansson and Denzel Washington.

“All the names I mentioned—if I could have half their careers, I’d be lucky. So for now, this is great. No complaints.”

Will Timothée make history on Oscars night? Gary Oldman (for “Darkest Hour”) is currently the best actor frontrunner, but who knows? Timothée might pull a surprise, all thanks to his unforgettable delineation of Elio.