Sharon Cuneta teases ‘naughty’ Gabby Concepcion over throwback photos, as they follow each other on IG

Hardcore fans of the “Shawie and Gabby” love team seem to have some kind of sixth sense when it comes to their idols Sharon Cuneta and Gabby Concepcion, seemingly always one step ahead of the rest when it comes to what’s brewing between them. Just a few days after Cuneta and Concepcion’s playful exchange on Instagram, their fans are now back again, reigniting past flames.

Mega Mind Onliners, an official fan page of Cuneta, uploaded on Feb. 5 a series of photos of the two at the heyday of their love team and real-life romantic relationship.

The photos had scribbles of black marker from Concepcion, with messages such as “Love kita! Ikaw?” and “Akin ka (You are mine)!” 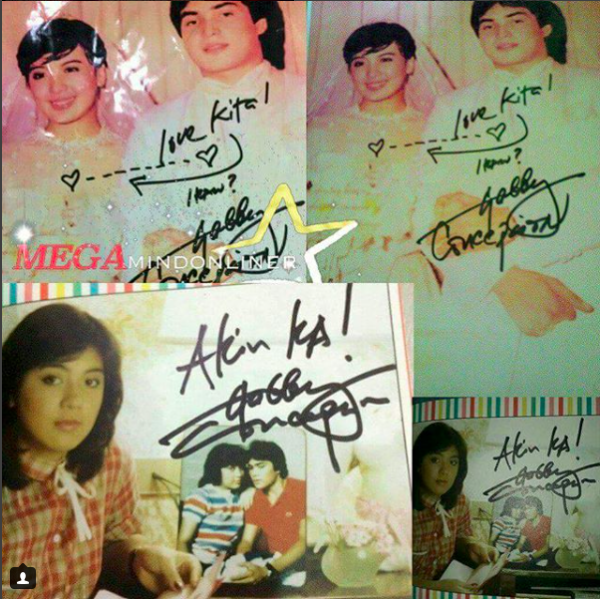 The Megastar herself couldn’t help but comment on the post, saying, “What is this? Why?” She then tagged Gabby and their daughter, KC Concepcion, in her followup comments.

“This boy is really naughty!” wrote Cuneta. “What is this ‘akin ka akin ka’ ha?! Hahaha crazy! I will tell you to Kristina!”

Cuneta then addressed her daughter KC, saying, “Tina, tell your Papa to stop pretending that he is making alembong (flirt) to me!” 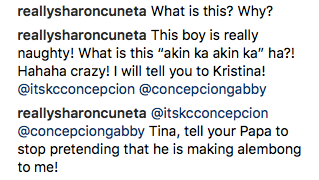 Despite their playful jabs at each other, the two have also officially started following each other on Instagram, which made their fans go crazy.

In Cuneta’s Instagram post last night, she uploaded a nostalgic photo of her and a topless Concepcion running in a beach. “This is only the beginning,” wrote Cuneta. 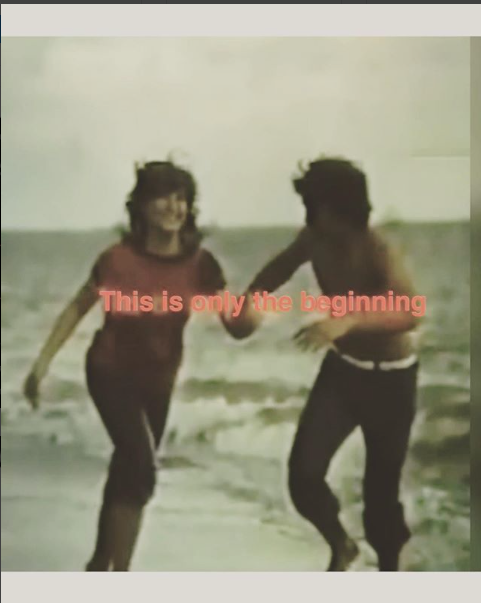 Concepcion, on the other hand, responded to Cuneta’s post. “This is the ending of our first movie, but we are BEGINNING something NEW!” said Concepcion. “No se que (Ewan ko!) @reallysharoncuneta.”

(Hello! Now I know! Hahahaha! Y naman- of course you know kaya! How are you tonight?)

Meanwhile, McDonald’s Philippines seems to have finally caught up on the kilig train, as it cryptically but pretty much confirmed the reunion between the two with its latest post from last night. 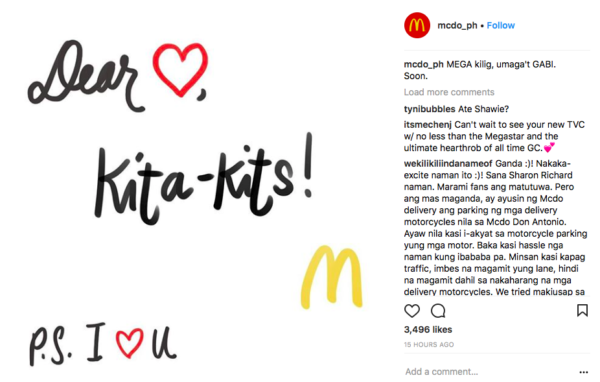