Incubus ‘in a rocking mood’ for PH show | Inquirer Entertainment

Incubus ‘in a rocking mood’ for PH show 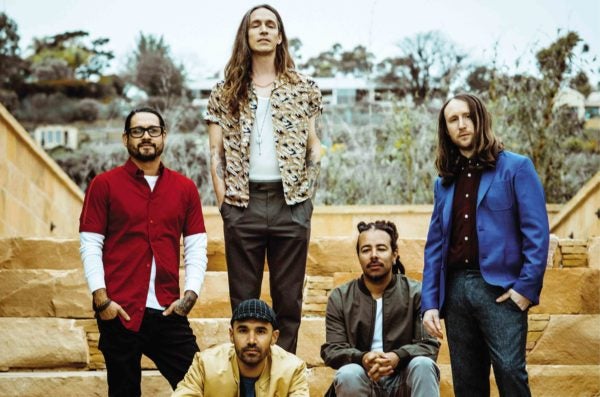 If you were to tell a 15-year-old version of Mike Einziger that Incubus, the rock band he formed with high school pals Brandon Boyd and Jose Pasillas, would go on to produce numerous hits, sell more than 20 million albums, travel the world and continue making music for 27 years, he would have told you that you were crazy.

“When we first started, we had no idea what we were doing. But personally, I knew I could do this thing for the rest of my life, because I truly enjoy creating, playing and recording music—everything about it. And we feel lucky and privileged to have found such an amazing audience,” he told the Inquirer in a recent phone interview arranged by MCA Music.

Incubus, the group behind the enduring rock songs “Drive,” “Wish You Were Here,” “Dig,” “Are You In” and “Pardon Me,” isn’t about to become a nostalgia act. It continues to churn out new material and experiment with new styles.

Curiously, the numeral 8 turned sideways is the infinity symbol—a most fitting description of Incubus’ career mindset. “We have been doing what we’re doing for the past 26 or 27 years, and I would love to do this for another 27 years or more,” Mike said. “It’s a continuous goal for us.”

Incubus, which previously performed in Manila in 2015, will return to the country and hold a concert on Feb. 17 at the Smart Araneta Coliseum, according to local promoter Ovation Productions (call 911-5555).

Excerpts from the Inquirer’s interview with Mike:

You guys have been making music since 1991. Does it get easier or harder? It’s a little of everything, really. Some aspects have become easier, because we’re more in control of everything we do now. But there’s the greater challenge of creating something new as time passes; of finding inspiration to come up with songs that are exciting and fresh. We can’t just repeat ourselves.

What makes the group click? How do you find new inspiration? It’s like a marriage or relationship in which you find new ways to fall in love with each other. What we have is a lifelong friendship, and we continue to evolve. What’s nice about music is that you can never be done with it. There’s something new to discover … always.

Your music has evolved throughout the years. But how do you make sure you don’t lose Incubus’ essence, as you explore different genres? To be honest, I’m not quite sure what the essence of Incubus is—that’s up to the fans to define. But because the music comes from us without pretensions or preconceptions, anything we do, by definition, is Incubus.

The album “8” is a return of sorts to a heavier sound, after the relatively mellower “If Not Now, When?” How did that come about?

We were just drawn to writing more rock songs. There’s a lot of different colors and types of sounds in the album, but collectively, we were in that sort of rocking mood when we were writing.

How was working with Skrillex, who re-produced and mixed the album? He’s a good friend of mine. I have known him for years, and he’s a huge Incubus fan. He recognized what it is that makes us work well as a band. He understands us because he has been paying attention to our music for so long. He might even know our music better than we do!

What did he bring to the table? We were just hanging out in the studio one day, and Skrillex dropped by. Next thing we knew, we were working. It felt natural. I believe the best way to make music involves friendship.

He works differently from the band. He works mainly with a laptop. And we would just gather around and try different things. It was fun. I have worked with other electronic artists, like Avicii and David Guetta, so I’m used to his creative process.

But, for the rest of the band, Brandon in particular, it was a new experience … it was kind of invigorating for them to see a different way of working.

Read Next
Eventful month in entertainment
EDITORS' PICK
Shop smarter with vivo’s big 12.12 holiday deals
House energy committee chair Arroyo bats for cheap electricity
How not to retire as an ex-president
Lawmakers eyeing more changes in Maharlika plan
Hidilyn Diaz wins only gold missing from her collection
The vivo Y02 is now available in the Philippines for only PHP 5,299
MOST READ
Jovit Baldivino, ‘Pilipinas Got Talent’ winner, dies at 29
Andi Eigenmann, family in Manila for a quick visit; Ellie dines with grandma Jaclyn Jose
LPA enters PAR, to likely strengthen into tropical depression in coming days – Pagasa
Lawmakers eyeing more changes in Maharlika plan
Don't miss out on the latest news and information.